Marking its 111th season during the 2022-2023 school year, the Andover Boys' Swimming and Diving Team has a storied history: from Olympic Gold medalists and holders of world, national high school, and NCAA records to All-Americans and Eastern champions. Despite these extraordinary accomplishments for individuals, Andover's team championships were sporadic for most of the program's history: a national championship in 1925 and interscholastic championships in 1948 and 1954. 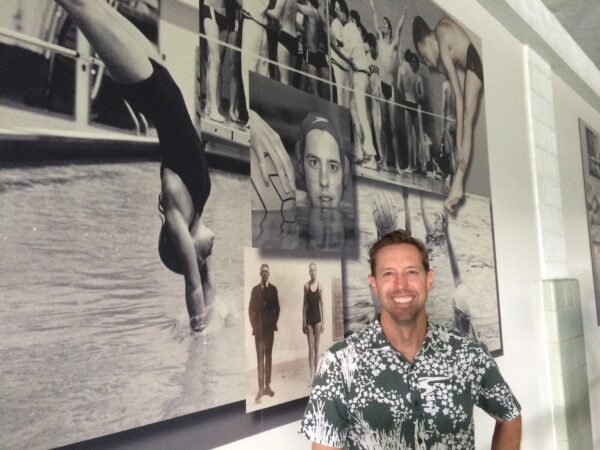 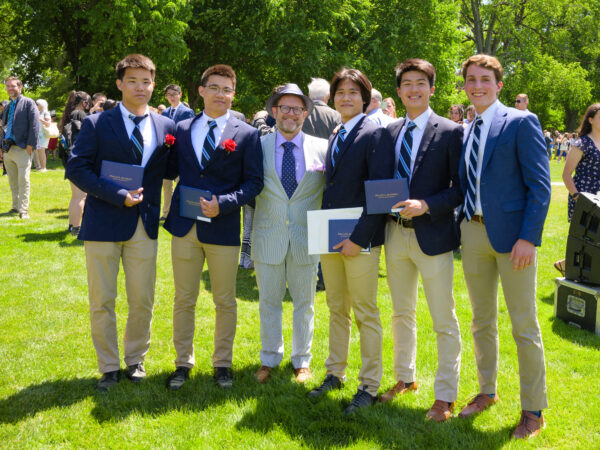 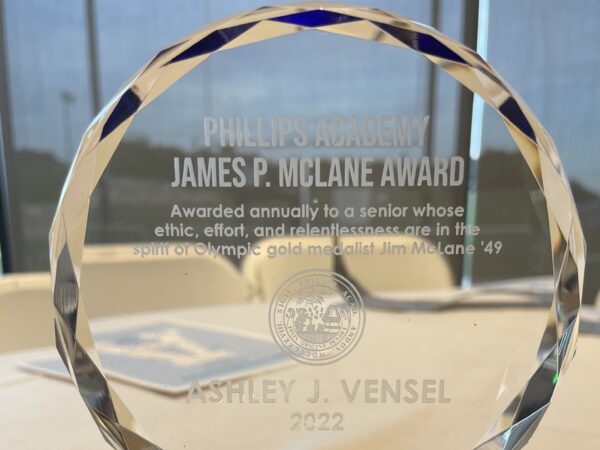 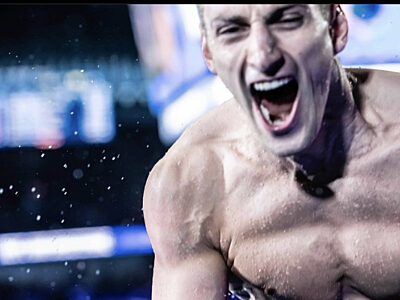 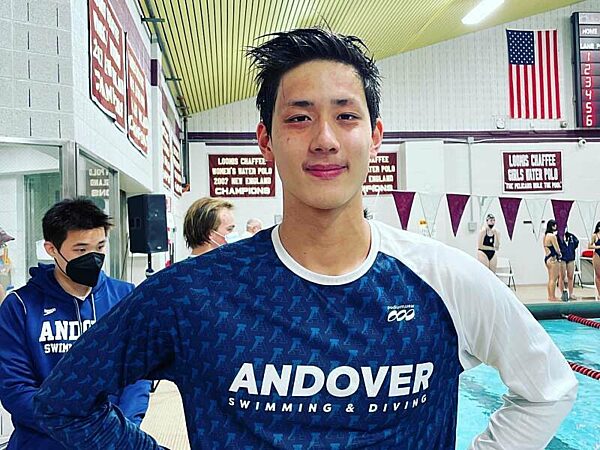 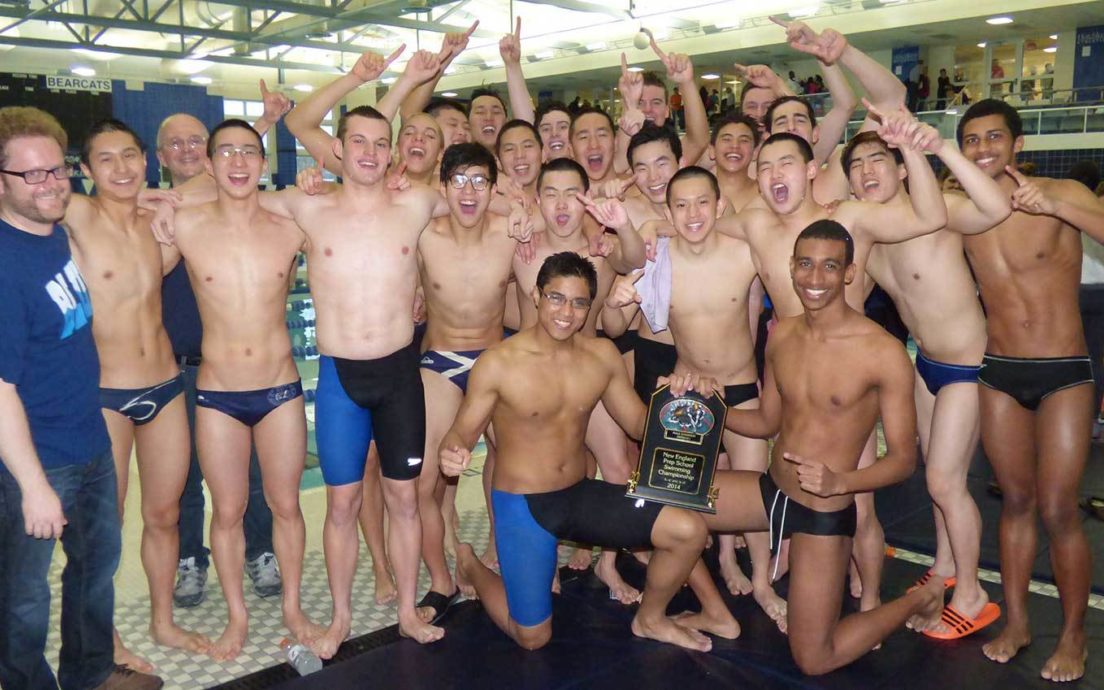 The 2014 team celebrates their win at New Englands

The swimming and diving season begins in mid-November and concludes in early March. Throughout the season, the swimming coaches emphasize both technique and conditioning: swimmers learn proper stroke mechanics, starts, and turns, and they repeat them through race-pace training. Similarly, our extraordinary diving coach emphasizes proper fundamentals in service of outstanding performance to both our elite and novice divers.

Our facility includes thirteen practice lanes with a consistent depth of 7.5 feet; a competition configuration of ten lanes with 7.1-feet lanes; a competition configuration of eight lanes with 9-feet lanes, which can be set at 25 yards or 25 meters; custom starting blocks; OMEGA timing; a separate diving and teaching section; both above water and underwater video equipment; and a state-of-the-art fitness center, which includes cardiovascular machines, weight machines, and free weights.

A full Junior Varsity team is an integral part of the Andover swimming and diving program. In fact, many of the varsity swimmers and divers began their careers on this developmental squad; two of them went on to eventually establish NCAA Division III records. One of the two is now an Olympic Gold Medalist as a member of USA's 400 Medley Relay in Tokyo.

If you are an experienced swimmer, or an experienced or potential diver, and are interested in learning more about our program, please visit our recruitment page.

For more information about the history of the Andover Swimming and Diving program, please visit http://www.andoveraquatics.net.

Top 25 High-School Programs in the Nation 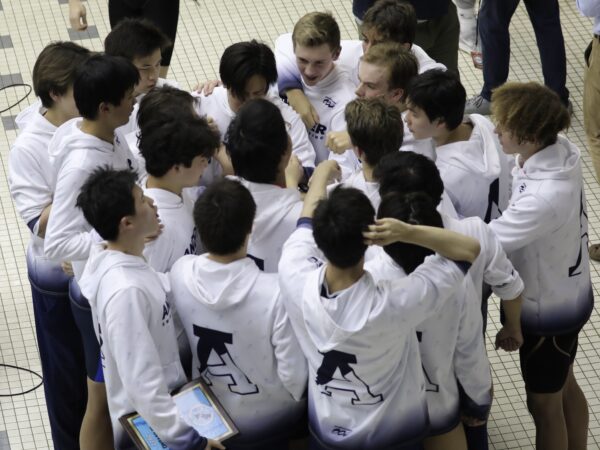 One Week After 100% Personal or Season Best Times, Andover Hangs on for 11th New England Title

Swimming and Diving BV vs. Exeter

Amidst Many Great Performances, a New England Record!

Swimming and Diving BV vs. Suffield