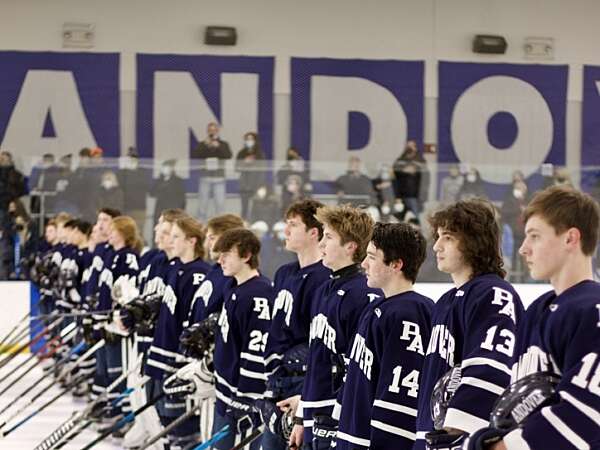 The Boys’ Ice Hockey Team enjoys one of the richest traditions of those secondary schools competing in the Division I of the New England Prep School Ice Hockey Association (NEPSIHA), one of the premier leagues in the country. The season typically begins in mid-November and concludes in early March at the New England Prep School Tournament. The team practices in the afternoons and is on the ice six days a week. Andover has proudly qualified for the New England Tournament Playoffs numerous times over its storied history. Andover hockey players have gone on to play in NCAA Division I, II, and III at schools such as Amherst, Assumption, Babson, Boston College, Bowdoin, Brown, Colby, Conn College, Cornell, Gustavus Adolphus, Hamilton, Harvard, Hobart, Middlebury, Nazareth, St. Anselm’s, Stonehill, Trinity, Tufts, UMaine, Williams, Wesleyan, and Yale, in leagues such as the NCDC, USHL, CCHL, BCHL, AJHL, EHL, AHL, NHL, NAHL and in the Olympic games. 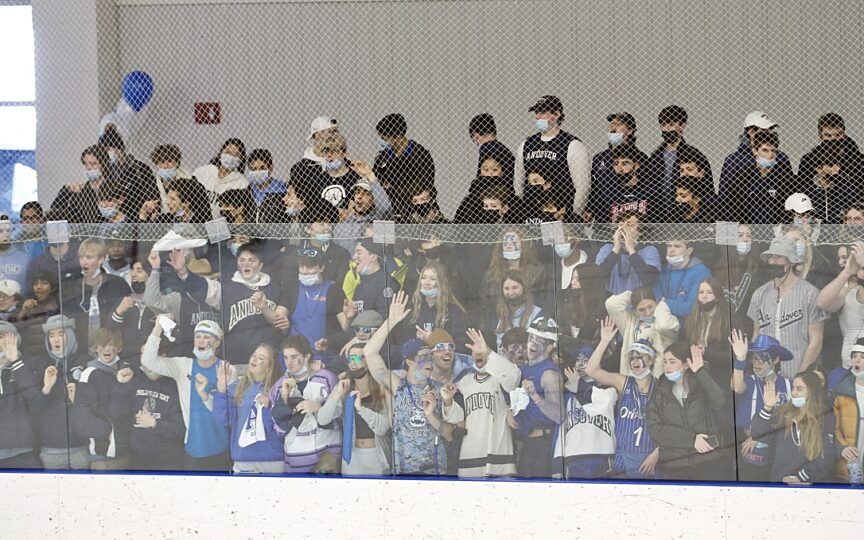 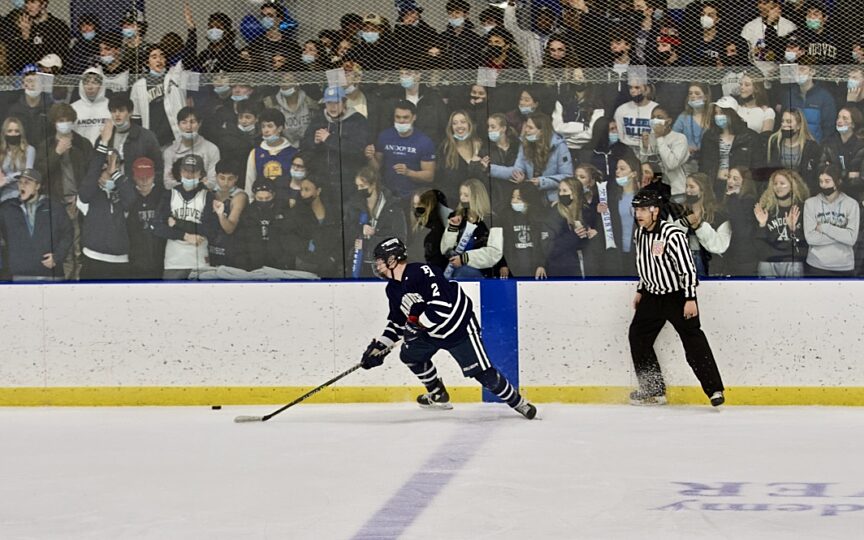 Awarded to a team member who is in good scholastic standing and during their association with hockey at Phillips Academy has contributed most to the sport and to the school by representing its ideals through sportsmanship, endeavor, and ability.

Opened in February 2002 and later officially dedicated on June 8, 2002, the Ted Harrison Rink is the home of Andover varsity hockey. In addition to the 200' x 94' playing surface, the facility includes locker rooms for all four PA hockey teams and visiting squads, plus an athletic training room and a spacious lobby and viewing areas. Later opening in 2004, the Gurry Rink offers an NHL-sized surface. The entire facility is utilized year-round for Andover teams, hockey camps, town youth hockey, figure skating, and recreational skating. All players are able to pursue strength and conditioning programs through the academy’s Rosenau Fitness Center and its free weights, weight machines, cardiovascular and resistance equipment. The brand new Snyder Field House is adjacent to our hockey rinks. Players have access to three full-time athletic trainers for injury prevention and rehabilitation.

Andover in the NHL 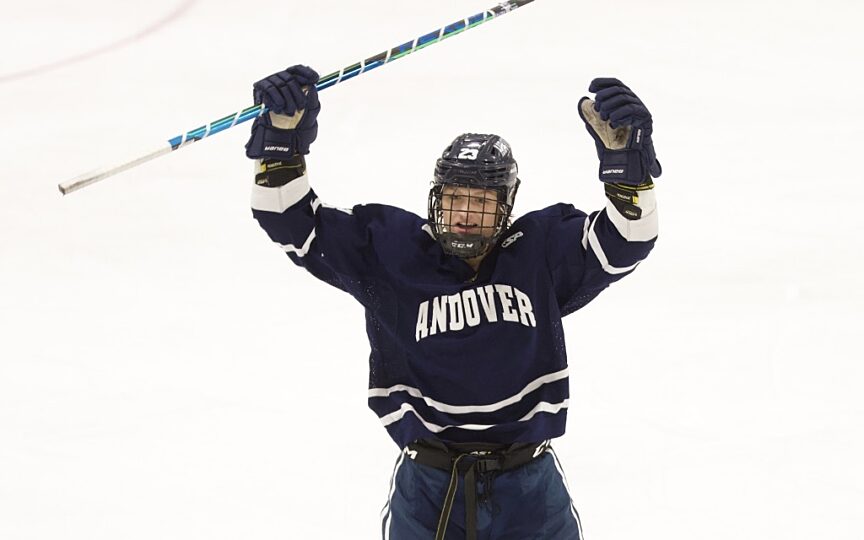 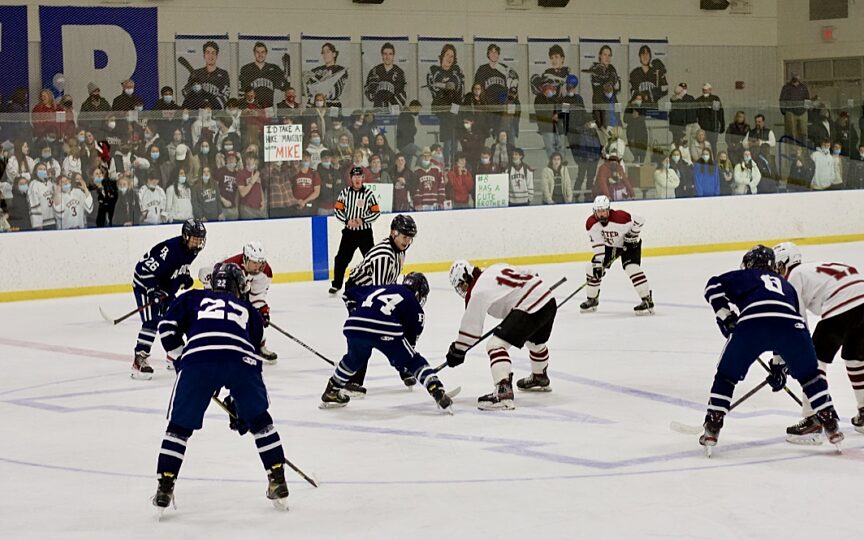 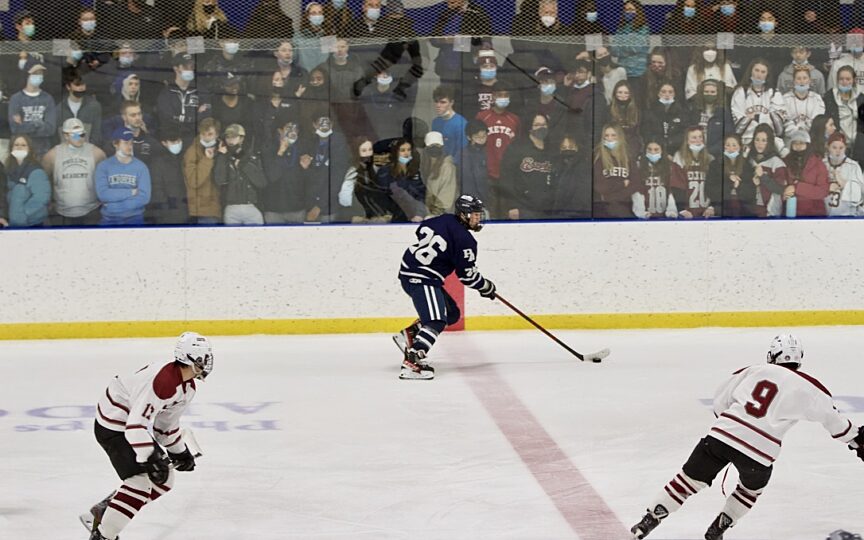 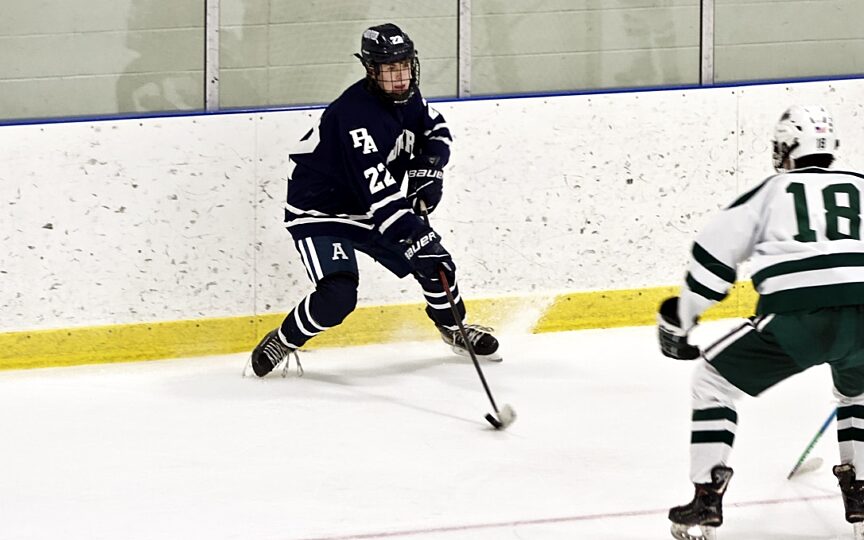 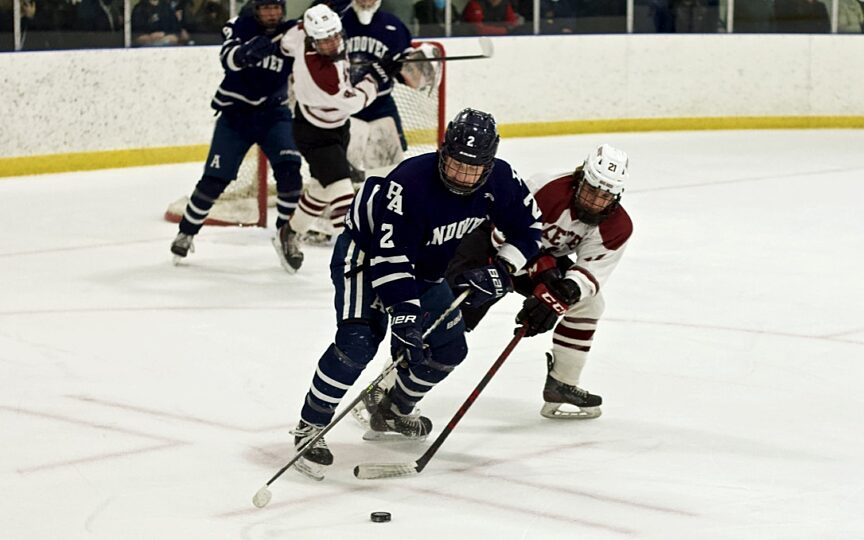 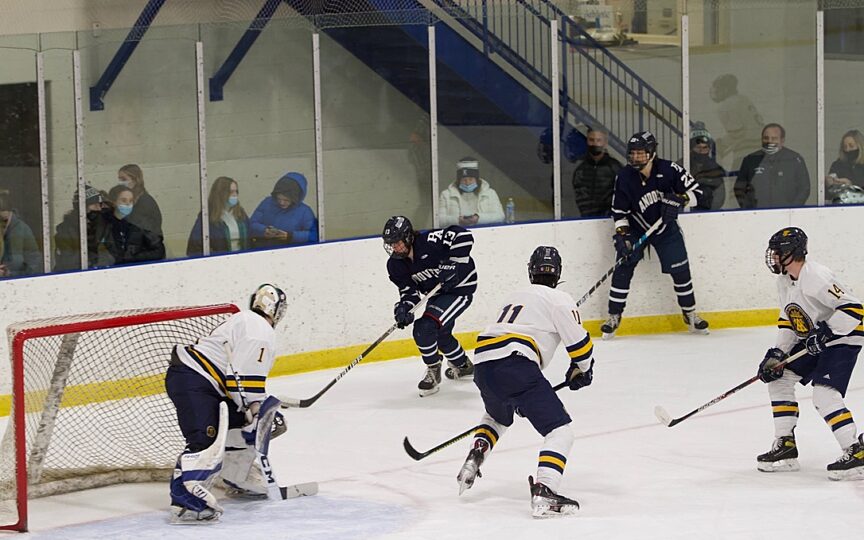 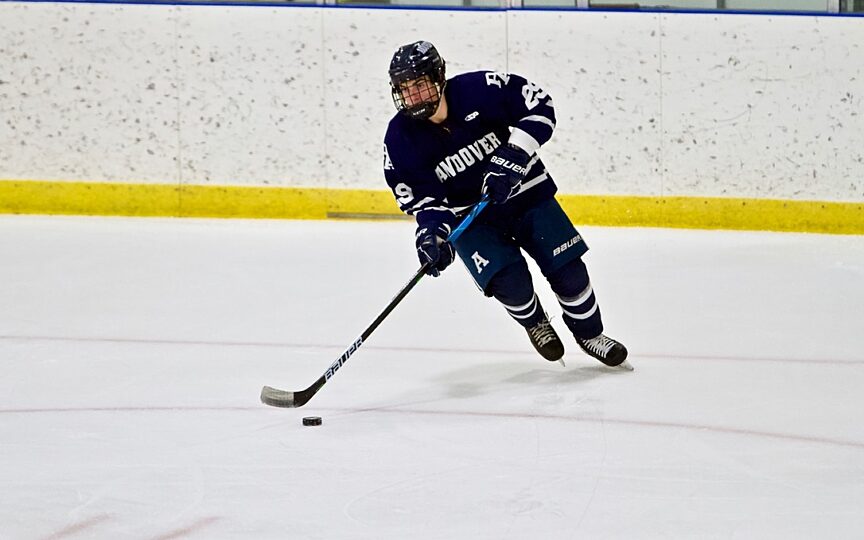 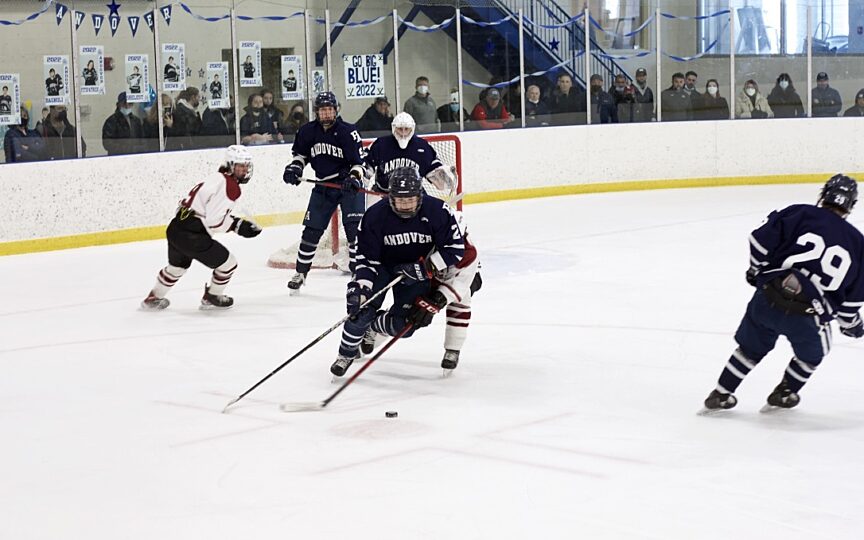 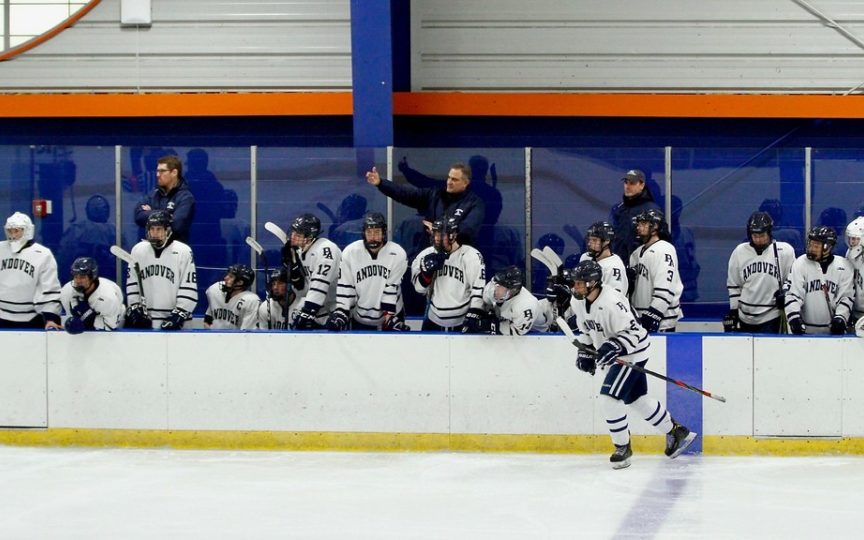 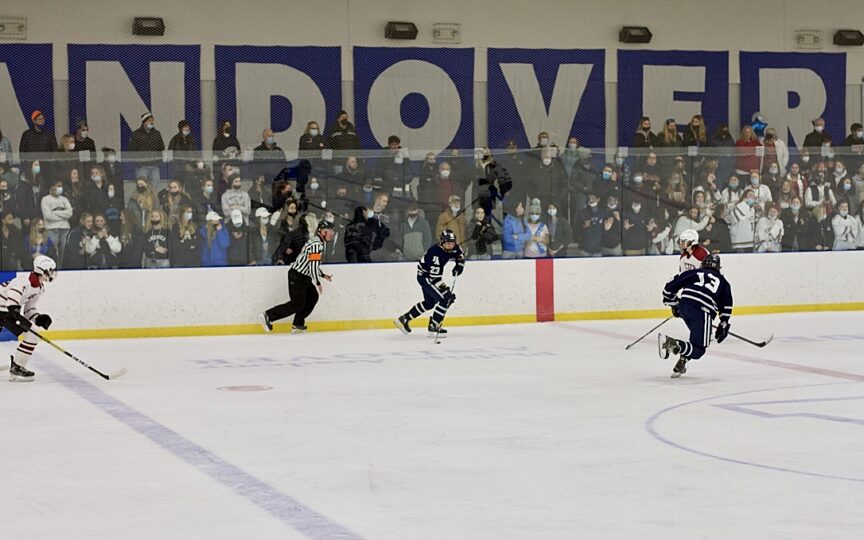 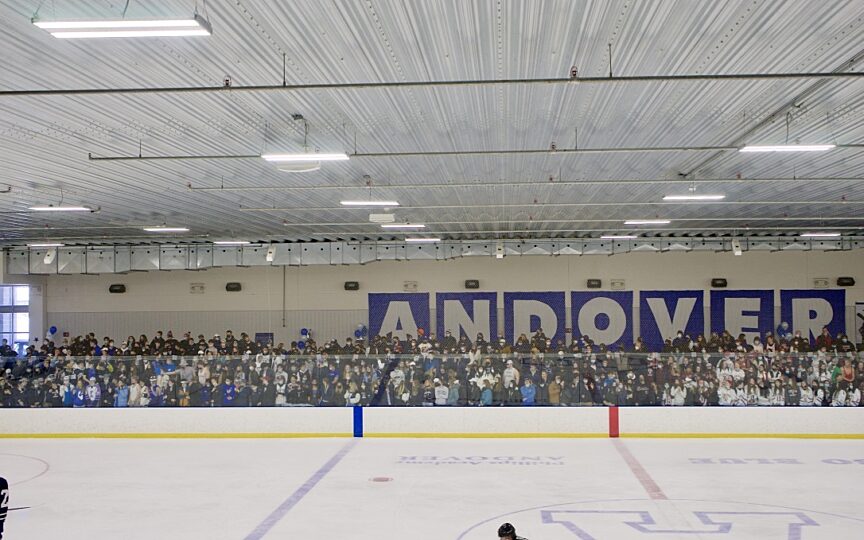 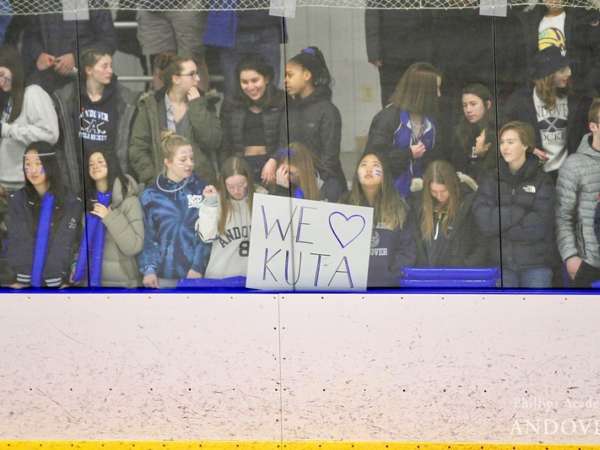 Rekoske '23 shaking off the Deerfield forechecker

Chris Cale '24 using the net to set up a play

Sam Myles '24 has time to survey the zone

Getting position on the opponent

Cali and Ledoux working the 2 on 1

Another big game at the Harry 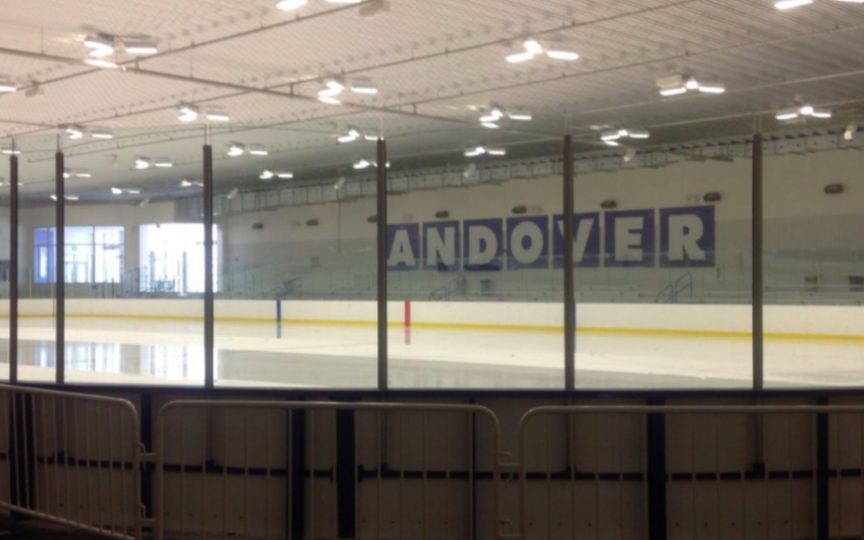