The road cycling team at Andover provides students with the opportunity to race at a competitive level against other prep school athletes. We are a co-ed team of fifteen to twenty members with varsity and junior varsity riders intermixed. We ride and train throughout the spring with the race season starting in mid April and running into mid to late May. We have the opportunity to train off campus every afternoon during the spring and whether we are doing a series of hill repeats nearby or a longer endurance ride to Topsfield, our practices are always filled with good camaraderie and friendly competition. Although boys and girls race separately, we ride together during practices. The team has a unique, long-standing way of planning rides with the streets and intersections around the region having witty nicknames. A training ride, for example, may be as follows; out via Chicken Sargent, Donut, Killer Bee, and back by way of Windrush, Campbell Soup, Corkscrew. Although it can sometimes be confusing even to veteran team members, it helps riders learn how to navigate the area.

Instructor in History and Social Science Derek Williams '65 founded the team in 1981 along with a few renegade students – among them current head coach Thayer Zaeder '83. In that first year, among the original eight schools, Andover won the league championships. Since its inception, the league has grown considerably. Currently, over 150 riders from about a dozen schools comprise the New England Road Cycling League.

The league racing is now divided into five racing categories based on skill level to ensure that all riders, regardless of ability, have the opportunity to race at a competitive level. League races vary in type and length but include time trials, circuit courses, pairs time trails and road races. Because not all students own a racing bike when they first join the team, the school acquired a collection of race-quality loaner bikes with the help of Ken Thomson, whose daughter Jennifer ’87 raced on the team. Thanks to the generosity of the Abbot Academy Association and the Clay family, whose two sons both raced on the team, the school refurbished the aging fleet of loaner bikes in 2008 with seven brand-new racing bikes. As a result, no student is at an unfair disadvantage trying out for the team or racing in the league.

Quite often, riders who are on the team at Andover are smitten by the sport and choose to pursue it beyond high school. Several team members have gone on to compete in college and in United States Cycling Federation (USCF) races. Doug Friman '93 is a nationally ranked triathlete and was an alternate on the last three U.S. Olympic teams. Kris Hedges '99 was the 2003 Division II U.S. Collegiate Road Race Champion and Arielle Filiberti '07 was the 2005 U.S. Junior Women's Cyclocross Champion and 2006 U.S. Junior Women’s Road Champion. The athletic competition in the league is certainly first-rate and many Andover riders have gone on to pursue further racing experience and even professional careers associated with cycling.

Regardless of your previous cycling experience, we hope that you'll consider trying out for the team. If you are interested, please contact Coach Zaeder at [email protected] or Coach Ben Duclos at bduclos​​@andover.edu. 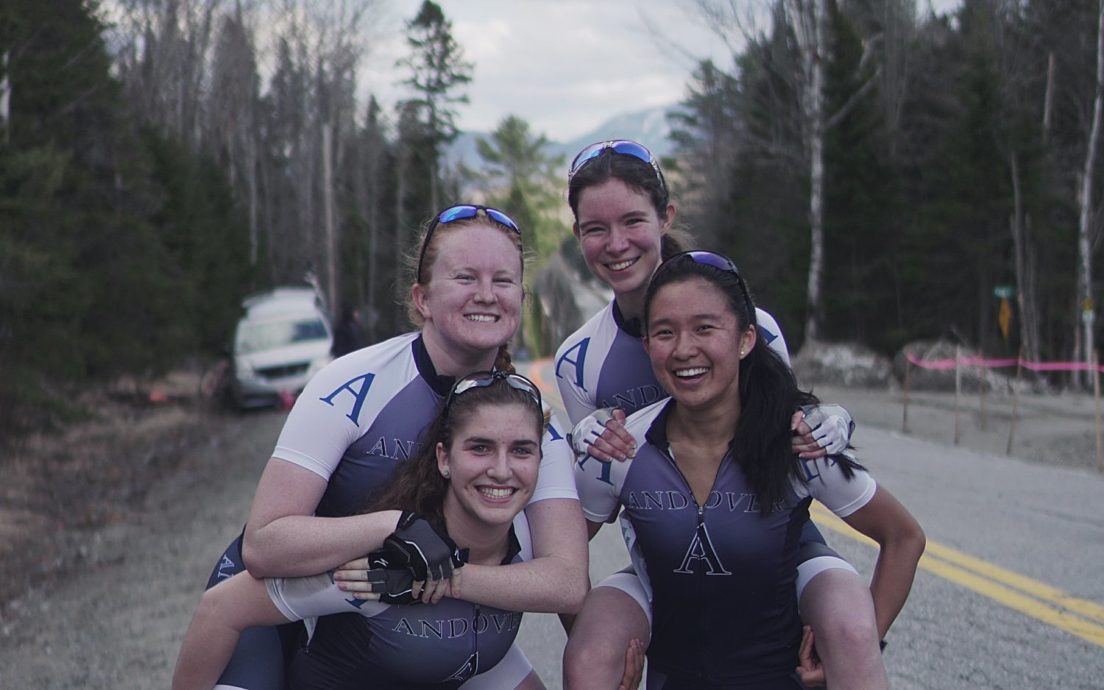 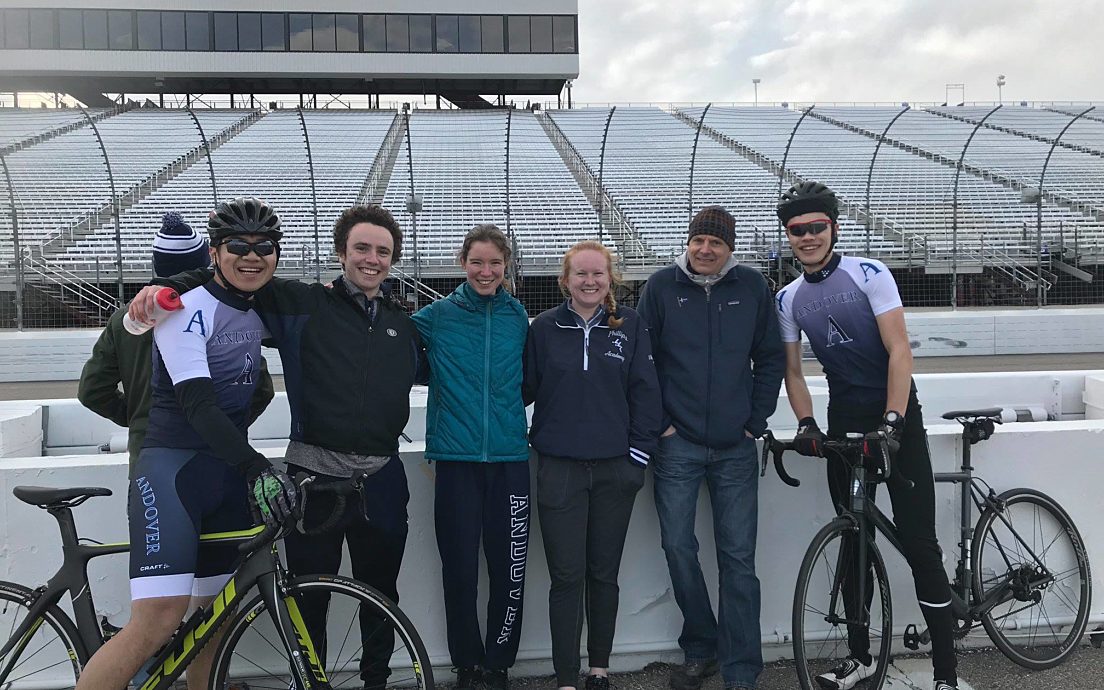 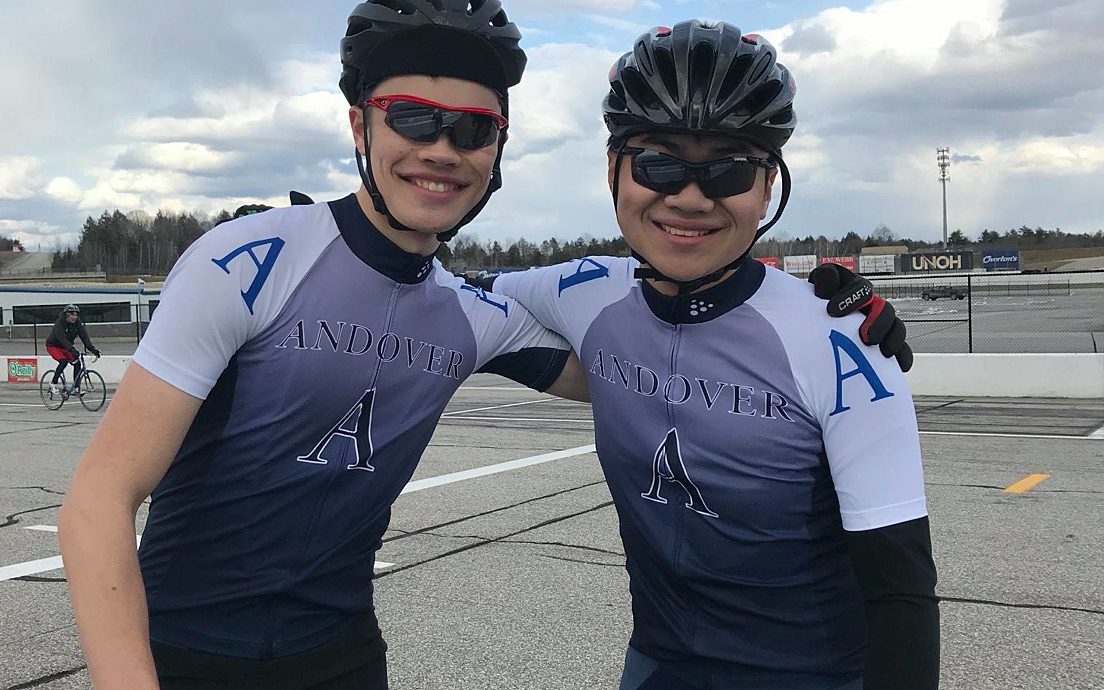 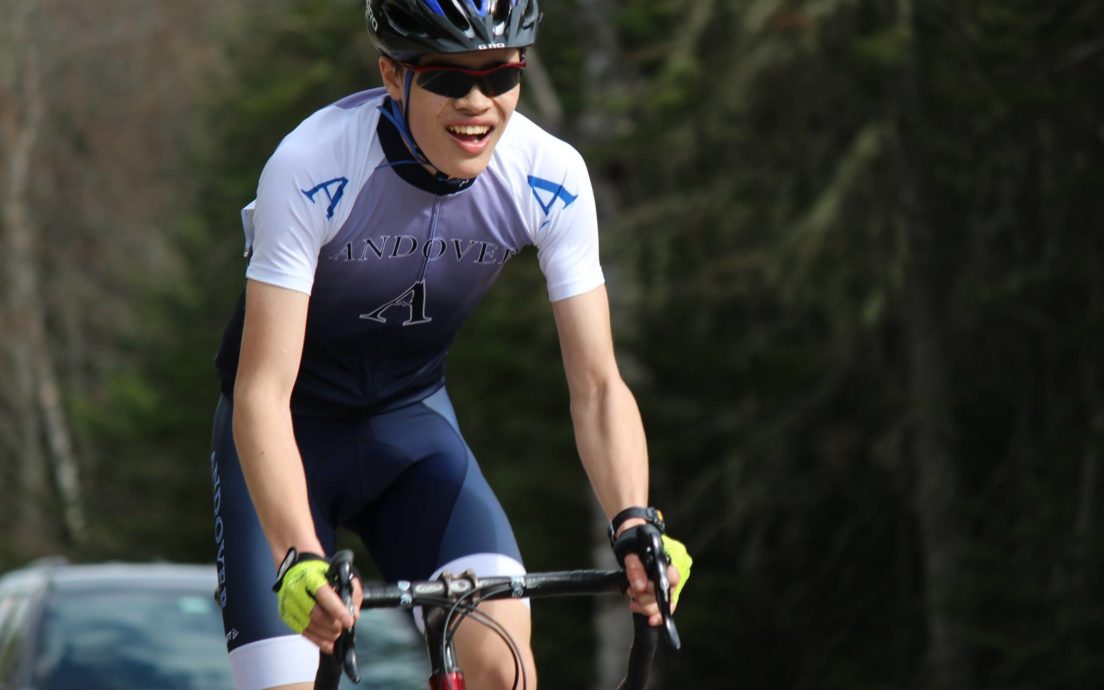 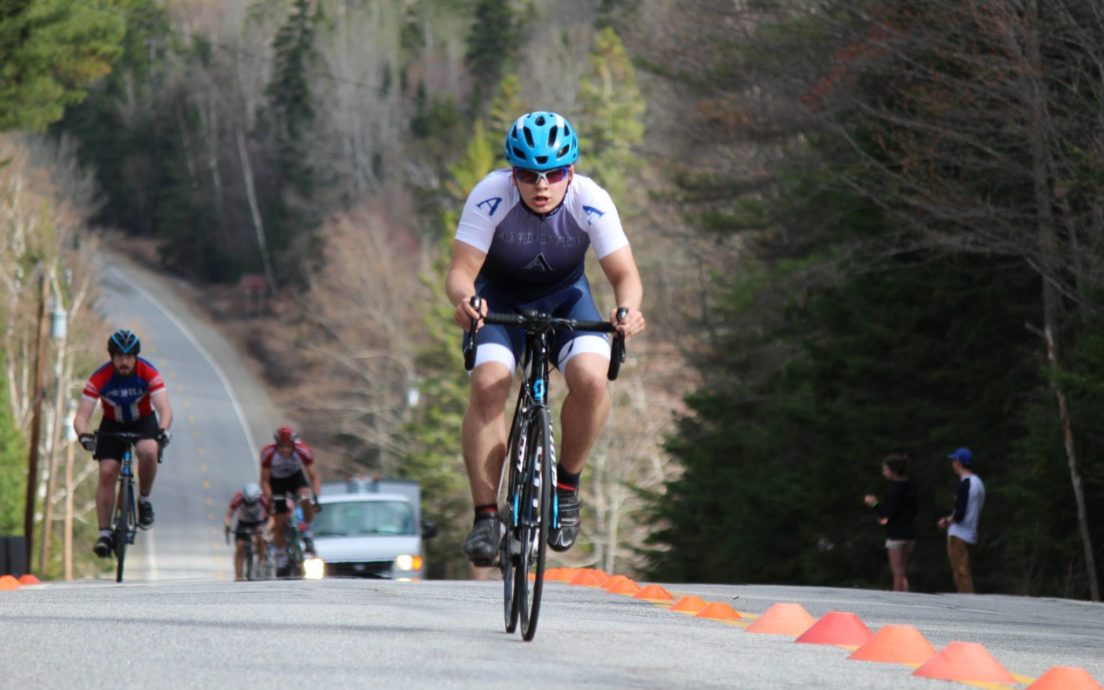 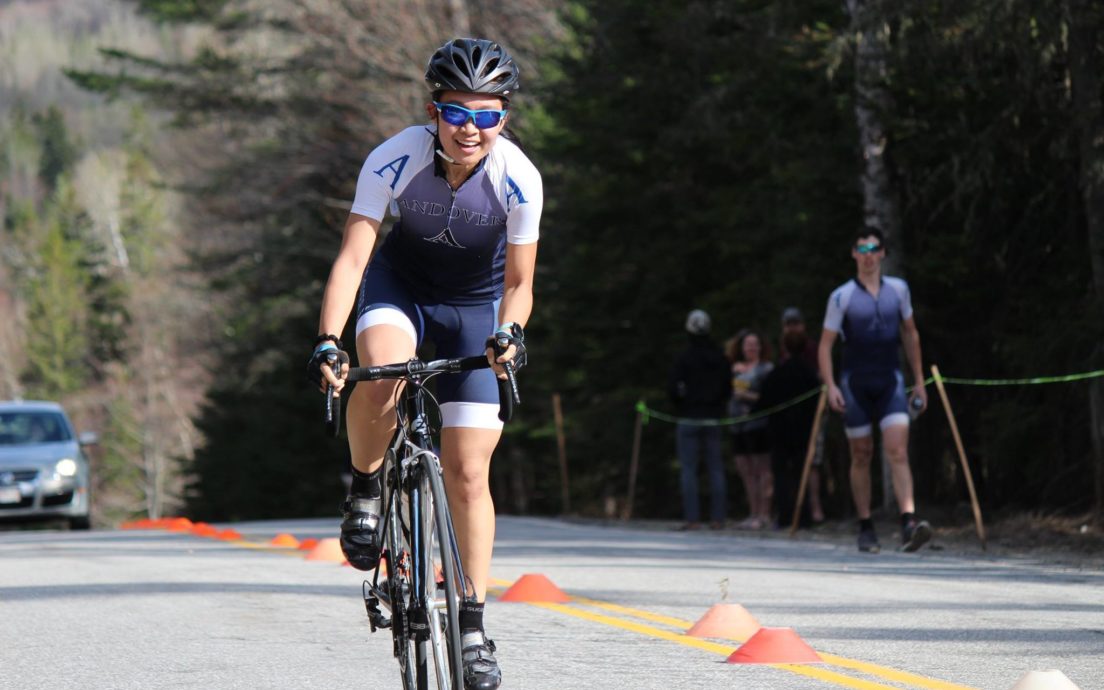 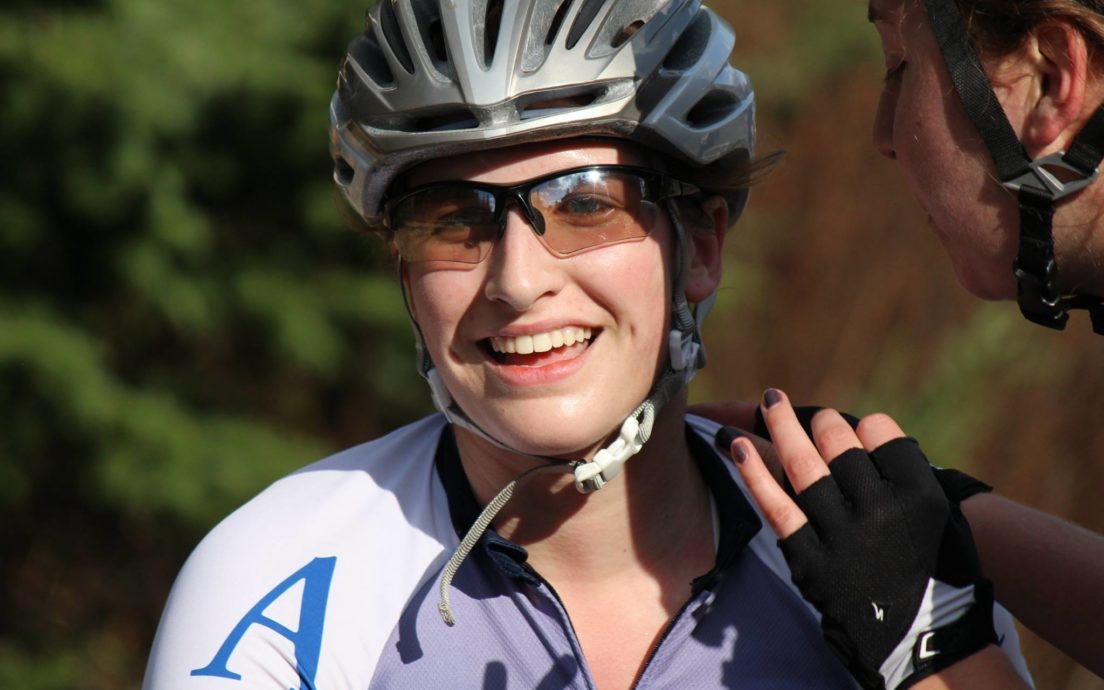 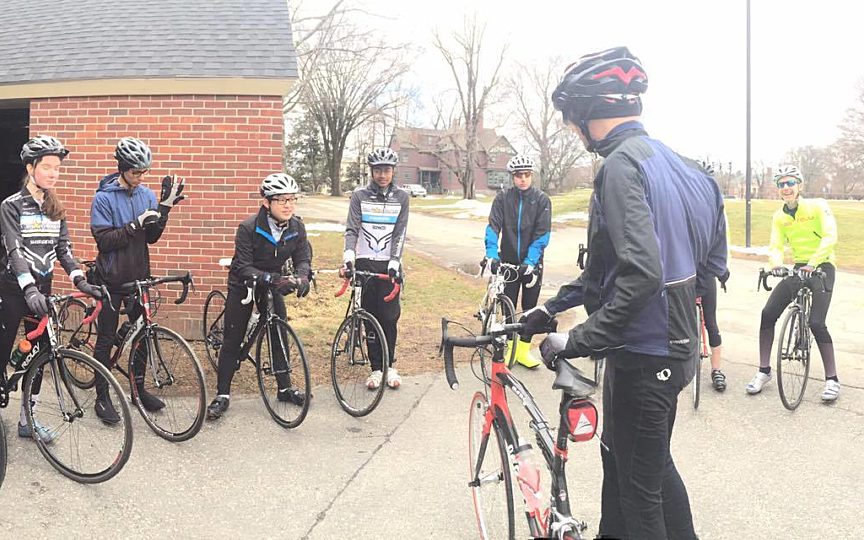