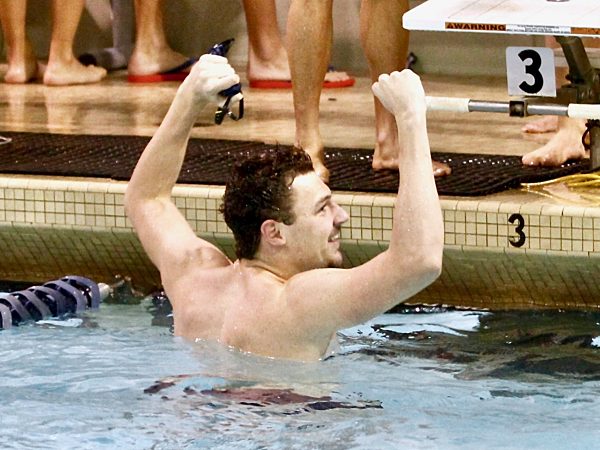 A legion of Big Blue athletes were awarded for their individual contributions to the tremendous success several Big Blue teams had this winter.

Boys' Swimming & Diving continued their unparalleled prep success this season. The squad followed up their repeat win at the Eastern Swimming & Diving Championships in February by winning their fifth straight New England prep crown at Hotchkiss in March. This season's NEPSAC Division 1 title was the program's tenth since 2007. 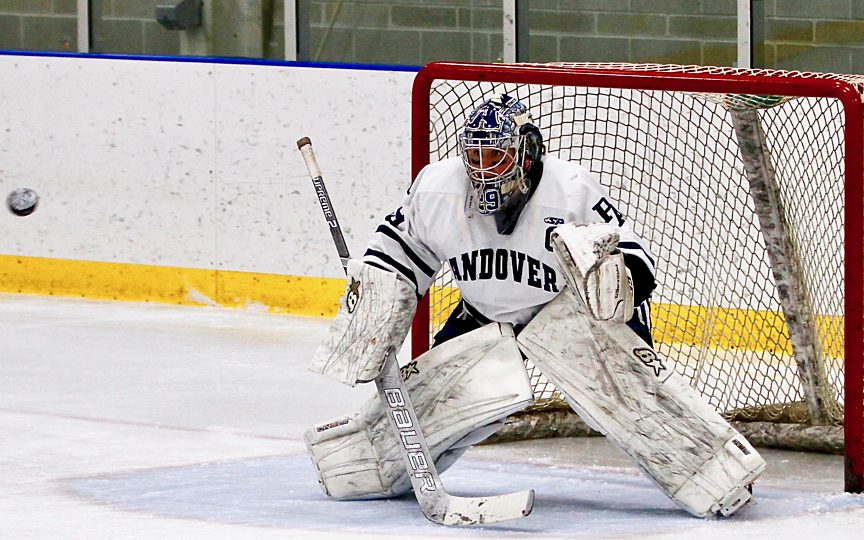 Girls' Hockey had an incredible season, skating all the way to the final game of the Elite Eight. They came up just short in the championship clash with Nobles, losing 4-5 in a classic back and forth battle. 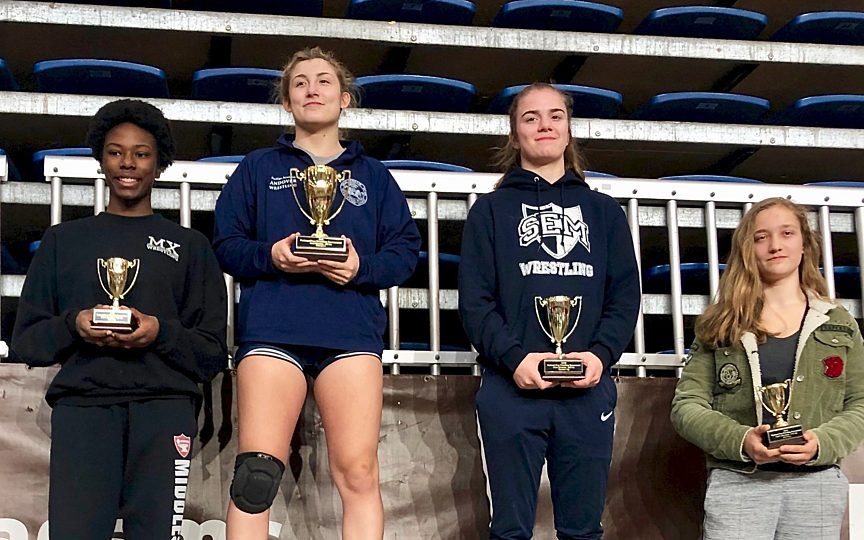 National Champ Marisol Nugent '20 (pictured, second from the left) on the podium at Nationals.

Wrestling had a great season, finishing fifth at the Class A league tournament, crowning two individual champions as Co-captain EAMON GARRITY-ROKOUS '20 and COLIN NUGENT '23 both finished 1st and subsequently earned All-NEPSAC honors. A total of six Big Blue wrestlers wrestlers qualified for the New England championships. The squad then finished ninth out of forty-seven teams at the New England championships and MARISOL NUGENT '20 (144) won the Girls New England prep title, recording three first-period pins on the way to 1st place. She was voted Outstanding Wrestler by the coaches.

The program had three wrestlers qualify for Nationals and produced its second ever national champ as perennial All-American MARISOL NUGENT '20 (142) followed up her New England title by winning the national title. At Nationals she again had three first-period pins to secure the title. 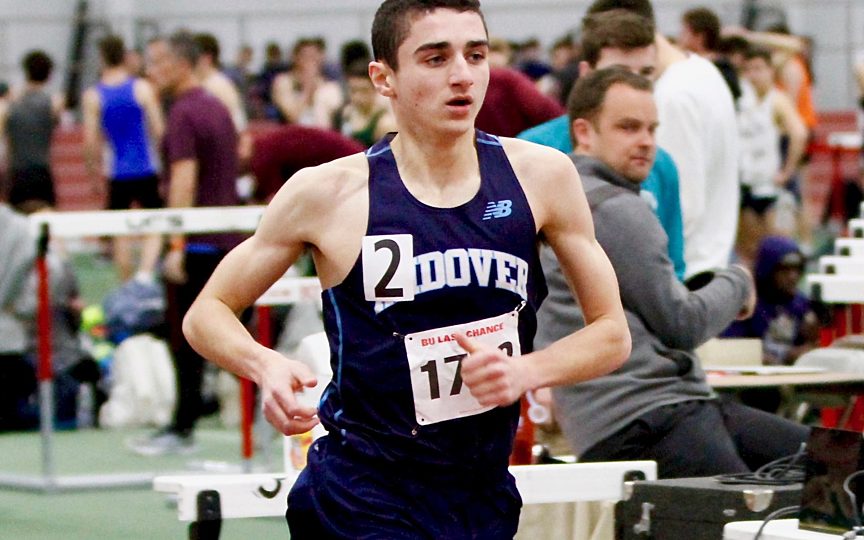 While Boys' and Girls' Indoor Track don't participate in formal NEPSAC league competition as they do in the spring, they still engage in a robust meet schedule and many Andover track athletes also enter local and national competitions in the winter.

ALEX FLEURY '20 started the season strong and certainly didn't slow down. He earned NSAF/New Balance All-American honors, Track & Field News Honorable Mention High School Boys Indoor Athlete of the Year and All-Area Indoor Track MVP (Eagle-Tribune) for the second straight year. Fleury ran the fastest high school indoor mile in Massachusetts history (4:05.57) in February at Boston University. That race moved the Andover captain to #10 on the all-time regulation-track high school mile. He finished the season ranked #1 in the nation in the 1000 and was #1 in the mile, 800, 1000 and 3000m in Massachusetts.

MYRA BHATHENA '22 was named an All-Area All-Star, honorable mention by the Eagle-Tribune. 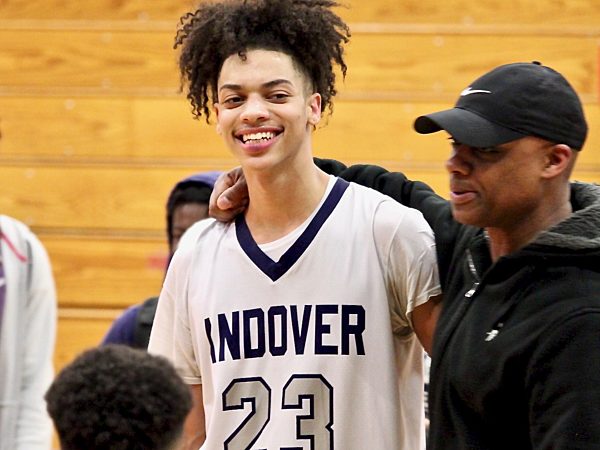 Boys' Basketball, via a memorable quarterfinal win at Exeter, advanced all the way to the NEPSAC Class A semifinals before falling to Hotchkiss. 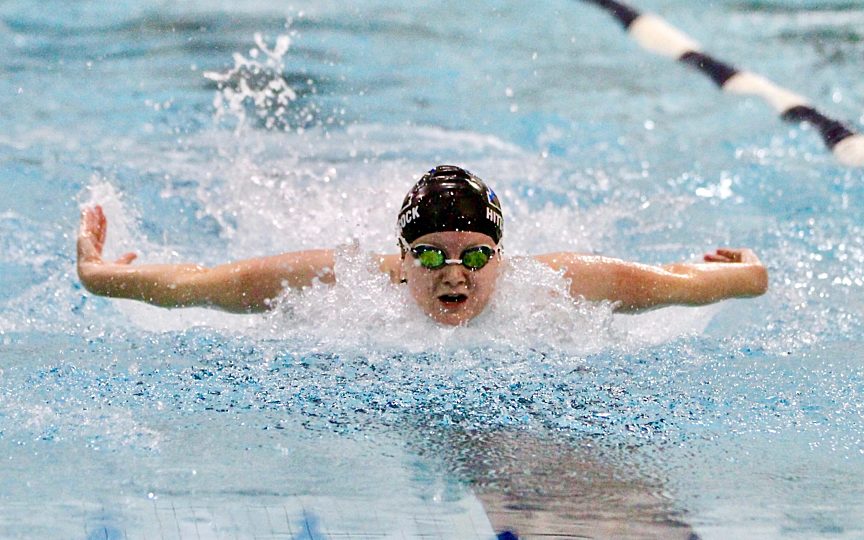 Girls' Swimming & Diving enjoyed another successful year, finishing fourth at the Eastern Swimming & Diving Championships and combined with the first place boys, to take the trophy for the most overall points of any school. At the New England Division 1 championships, Big Blue placed for a third straight season, swimming to a third place finish (they were runners-up in 2018 and 2019). 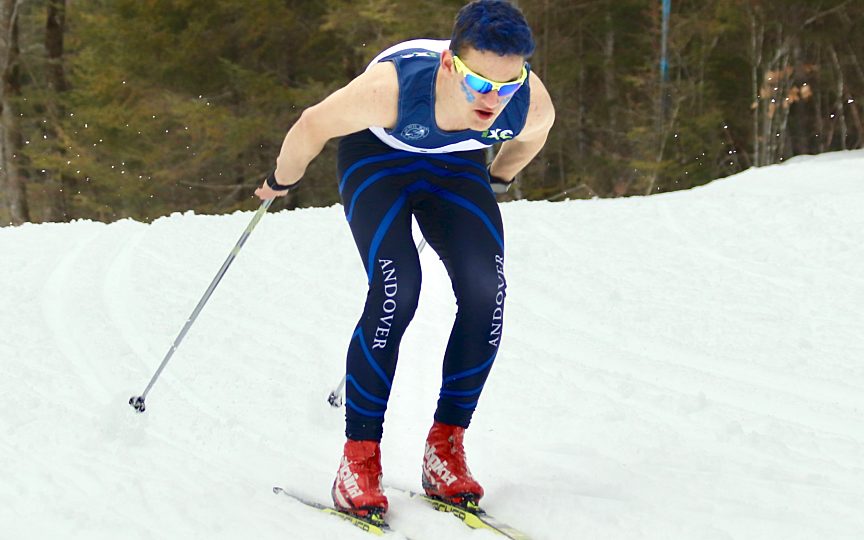 Nordic Skiing put together a strong season as the girls finished in a tie for second place in the Lakes Region and the boys finished fifth. At the New England Championships, the girls raced to a fifth place finish and the boys took sixth place. 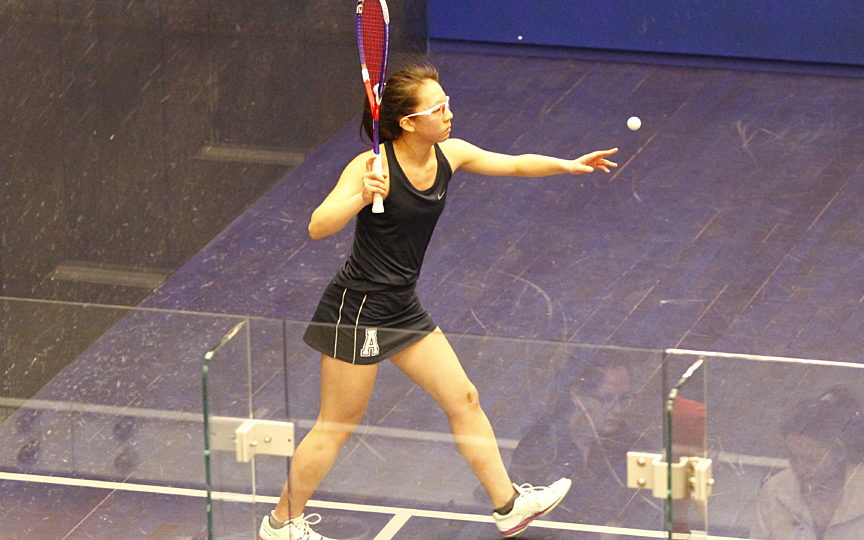 Girls' Squash compiled a 15-3 record and finished an impressive seventh in the nation in top-flight, Division 1 and were fourth place (out of forty-two teams) in New England. The squad was presented the "Team Sportsmanship" award at the New England championships.

CHELSEA CHO '21 was named to the All-NEPSAC First Team.

Boys' Squash finished with a 14-5 record and placed eighth out of forty teams in New England Prep. The squad was also presented the "Team Sportsmanship" award at the New England championships.