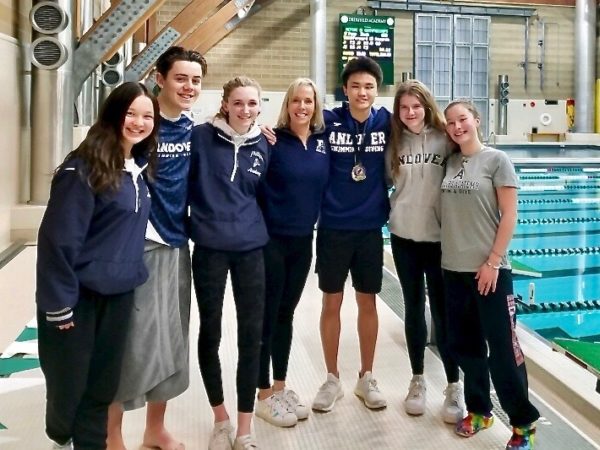 Zackary Peng '21 (Oakton, VA) has had a tremendous career at Andover so far, setting both pool and school records for diving. Yesterday he added to his honors by winning the 2020 New England Prep Division 1 Title. Peng earned a total score of 502.25, with his closest competitor scoring 431.85.

Peng has also found diving success outside of the New England prep ranks, with a fourth place finish at the prestigious, Eastern Swimming & Diving Championships at Franklin & Marshall in February. He has also had strong performances at both USA regional and national competitions. This past summer, he finished an impressive 16th at the USA Diving Junior National Championships.

Coach Belinda Wolf Canavan, and six divers from Andover, participated in the championships which were hosted by Deerfield Academy.

"Congratulations to our divers, and to Coach Belinda, on yesterday's New England Championship competition held at Deerfield. Championship diving demands eleven, rather than the usual six, dives.

The swimmers head to Hotchkiss tomorrow for competition on Saturday and Sunday. Prelims are Saturday starting at 1:30 (EST), and finals are Sunday starting at 10:30 (EST). The event will be streamed live: