Twelve years after graduating from Andover, where he was a member of the boys' varsity basketball squad, Terrell Ivory ’00 was given the unique opportunity to replace his mentor, Leon Modeste, as head coach of the team. Modeste, affectionately referred to as “Coach Mo” by students, was head coach from 1987 to 2012, and coached Ivory from 1996 to 2000. Modeste’s ideas and coaching style immediately resonated with Ivory, who quickly became a team leader.

While playing under Modeste, Ivory learned the importance of sacrificing for the team, a lesson he now tirelessly imparts to his own players.

As it was for Modeste, the concept of team mentality is in Ivory's blood and he integrates it into his game plans.

I make it a priority to get them to understand that you have to help others in order to help yourself.

After leaving Andover, Ivory played basketball at Davidson College, where he lettered for four years, playing in 67 games. He helped lead the Cats to an NCAA tournament appearance in 2002 before going onto a professional career in England. Following that career, he worked as a math teacher and assistant coach at Blair Academy in New Jersey.

“Terrell is a terrific teacher of the game, having played under an excellent coach in Bob McKillop,” said Blair Academy head coach Joe Mantegna. “He is fantastic at interacting with players of various backgrounds and playing experience.”

Ivory also spent three years on the coaching staff at Davidson College and one year at Colgate University. “Leaving college coaching was tough, but the opportunity at Andover was too good to pass up,” he says.

“I know for a fact that there are plenty of kids who are qualified to not only play basketball here at Andover, but who can keep up with the academic standards. It means a lot to me for the team to win, but I need to bring in kids who will be a good fit for the community. I want to fulfill kids’ dreams of playing basketball at the next level, in addition to helping them reach their academic goals.”

A look inside a Big Blue basketball practice.

While many of Ivory’s ideas about basketball are similar to those of past Andover coaches, he brings a new, fast-paced offense to the court, putting more trust in his players’ abilities. He only calls fully designed plays sporadically, encouraging the team to make quick decisions and read the defense to set up their offense.

“It’s an unbelievably great feeling to be back at Andover,” Ivory says. “I fell in love with Andover as a student. I met so many amazing people, and the experiences I had changed my life forever. I look forward to helping incoming students and their families learn more about all of the wonderful things that Andover has to offer.”

In addition to his responsibilities as the basketball coach, Ivory also serves Andover as a house counselor in Stearns House, a dorm for 10th-12th-grade boys, and as an associate director of admission & assistant director of multicultural outreach. 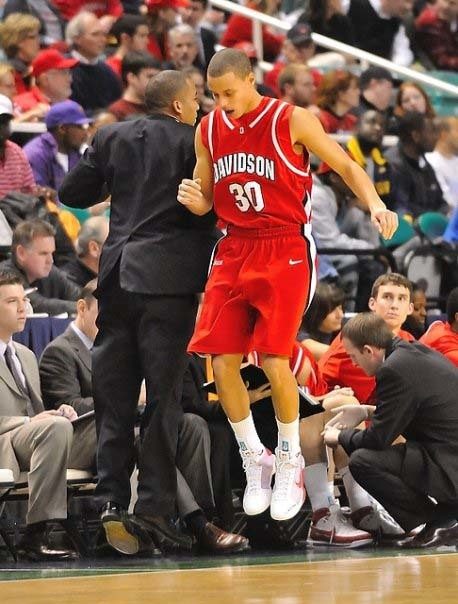