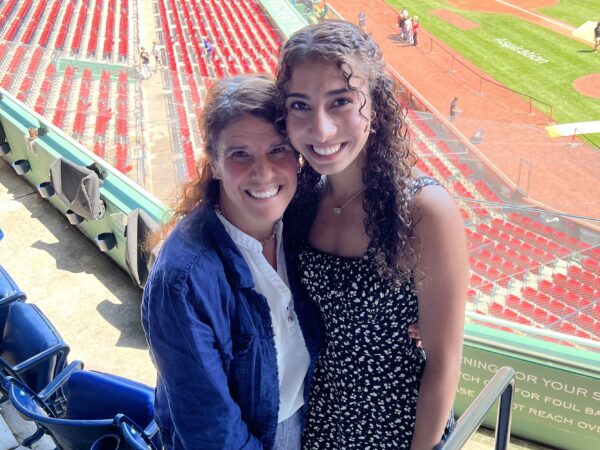 Myra Bhathena '22 and the seventeen other graduating seniors selected as this year's Globe Foundation/Richard J. Phelps Scholar-Athletes assembled for an awards ceremony at Fenway Park yesterday. The scholarship-award recipients are selected based on excellence in academics, athletics, and extracurricular activities. Bhathena received the special designation of "NEPSAC Female Athlete of the Year".

Bhathena excelled in indoor and outdoor track, and soccer at Andover and served as a captain of all three. She concluded her high school competitive career this spring by winning both the 100m and 300m hurdles at the New England Prep Division 1 Championships. Among Bhathena's extracurricular activities were chapter leader of the Strong Girls community engagement program, Blue Key Head, Day Student Mentor, Under the Bed (Andover’s comedy improv club), and EcoAction co-president. She received the Phleps Award at Phillips Academy's Senior Athletic Awards and the Madame Sarah Abbot Award at Commencement and will attend Harvard next fall.

To be considered for this scholarship and award is such an honor and privilege for me and my family. It was an incredible experience to meet so many accomplished and kind student-athletes on Monday in the beautiful Fenway park, and I am forever inspired by Mr. Phelps’ generosity and dedication to giving back. Of course, I could not have gotten here alone, and any success I’ve stumbled upon has been the result of so much love and support that my family, coaches (especially my second mother, Lisa Joel), and friends have given me throughout my life.

Read the Boston Globe article on the Phelps Scholar-Athlete Awards

A panel of Globe judges selects the award winners from six MIAA districts, the city of Boston, and Eastern Mass. preparatory schools from NEPSAC.

The Boston Globe expanded the field for Athletes of the Year in 2000 to include two honorees from NEPSAC schools. 2020 was the first year that NEPSAC athletes (one male and one female) received their own league category eligible for the Phelps Scholar award. In 2020, Andover's own, Alex Fleury '20 was the male NEPSAC recipient, and in 2021, Lillie Cooper '21 was the female honoree. The last Athletes of the Year winners from Phillips Academy were Louisa Butler '02 and Meredith Hudson '01.

From the Boston Globe, "Continuing a tradition that began in 1987 and expanded when businessman/philanthropist Richard J. Phelps came on board as a co-sponsor in 1991, a panel of Globe judges awarded $3,000 college scholarships to 18 distinguished Scholar-Athletes representing seven MIAA districts, the city of Boston, and Eastern Mass. preparatory schools." 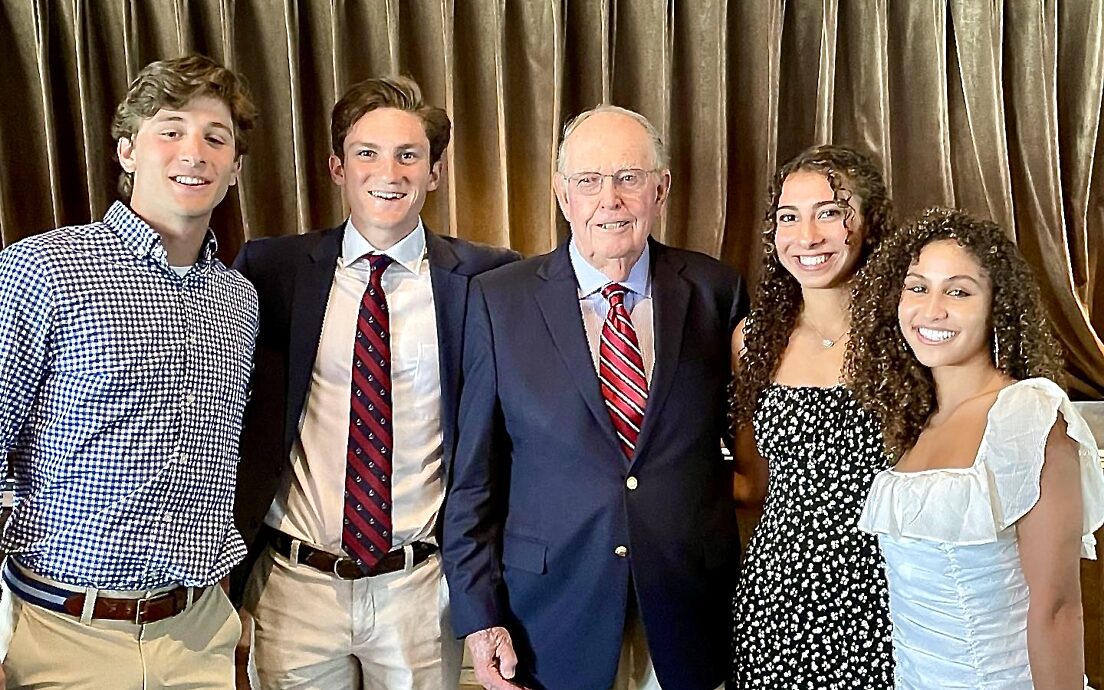