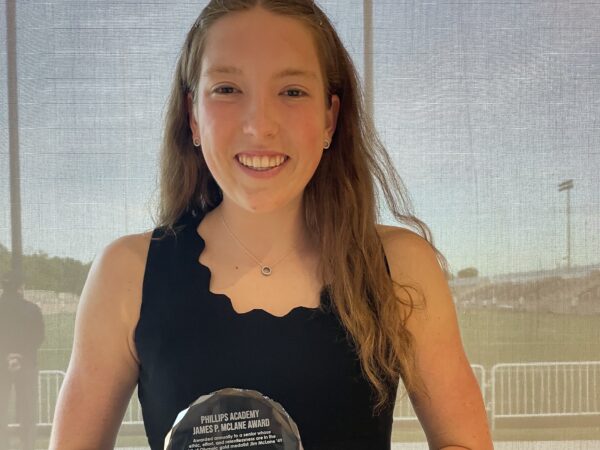 (Andover, MA) -- As part of the senior athletic reception, Director of Athletics introduced the new James P. McLane Award, "awarded annually to two members of the senior class whose ethic, effort, and relentlessness are in the spirit of Olympic gold medalist Jim McLane '49.

Jim's widow, Carol, was on hand to congratulate the first two winners of the McLane Award: Ashley Vensel, captain of the Girls' Varsity Swimming & Diving Team, and Danny Ferris.

You may view the awards, including a presentation on the life of Jim McLane: watch. (the McLane Award begins at 37:00).