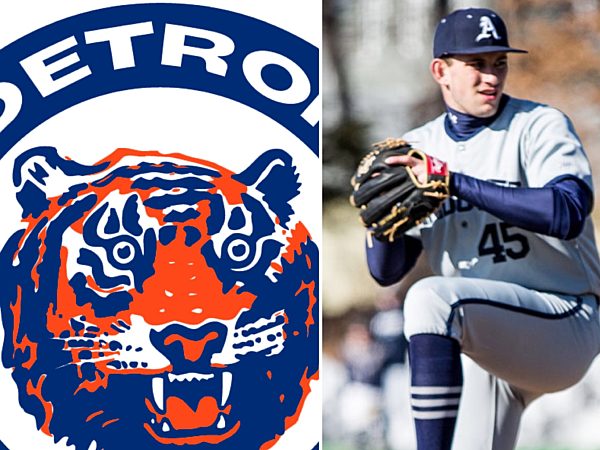 Jake Nelson ’15 edged ever closer to his dream of playing professional baseball when the Detroit Tigers selected him in the 33rd round of the 2017 Major League Baseball (MLB) Draft on Wednesday.

A rising junior pitcher at the University of Pennsylvania, Nelson helped lead the Quakers to a 23-win season and its first Ivy League Gehrig Division title since 2007 on the strength of a 2.25 ERA across ten relief appearances, including three saves. Nelson fanned 13 batters in 16 innings of work while limiting opponents to a team-low .193 batting average.

Nelson led Andover to a 16-5 record and a trip to the Central New England Prep Championship Game in 2015, posting a 2-1 record with one save and 32 strikeouts (against just 11 walks) in 25.1 innings of work. He fanned 12 and scattered just three hits in six scoreless innings in the first game of a key Central New England Prep doubleheader sweep over Exeter.

Nelson follows Curtiss Pomeroy ’12, who was selected by the Atlanta Braves in the 28th round in the 2015 MLB Draft. Pomeroy elected to forego the Braves’ offer and returned for his senior season at Georgetown University before signing with the New York Yankees in 2016. Pomeroy led Andover to a 16-5 record and a Central New England Prep Championship in 2012.