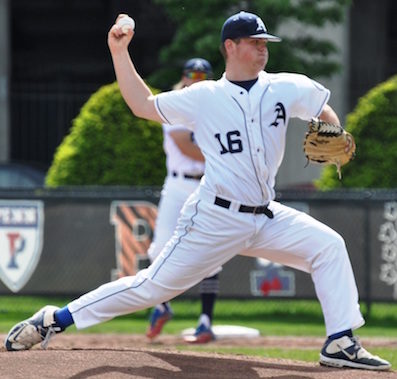 Headed next year to pitch in the ACC for Boston College, Lane turned in one of the most dominant seasons in the 151-year history of Andover baseball. In 10 pitching appearances, Lane posted an unblemished 8-0 record with a pair of saves, while allowing just two earned runs (and five runs in total) in 46.0 innings of work for an ERA of just 0.30. He struck out 49 batters, walked just 17, and limited opponents to a paltry .160 batting average. Lane surrendered just three hits and struck out six while earning a complete-game win in Andover’s 5-1 victory over Tabor Academy in the Central New England Prep semifinals.