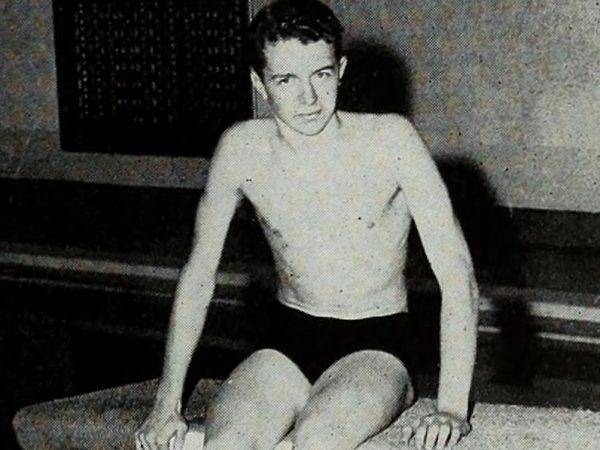 Andover’s Boys’ Swimming & Diving program began in 1912, and among the perks of coaching in the program today is encountering many alumni across its storied history. Among my most helpful correspondents was Jim “Fish” Carroll, the captain of the 1948 Team, which was inducted among the inaugural class into Andover’s Athletic Hall of Honor.

Born in New York and raised in Miami and Old Lyme, CT, James J. Carroll, Jr., joined the Andover Swimming & Diving team for the 1946 season that saw wins over Gardner, Deerfield, Exeter, and Harvard’s Freshmen with losses to the Yale Freshmen and the Brown and Dartmouth Varsity squads. In 1947, Andover lost only one and tied the Yale Freshmen.

In 1948, Jim was a star sprinter and helped lead the team to a 7-2 record with commanding wins over MIT and the Harvard Freshmen and close losses to the Dartmouth and Yale Freshmen.

As captain, Jim oversaw a squad that included World Record-holder Jim McLane ’49, who that summer would win Gold at the 1948 London Olympics, Bob Brawner ’48, who won NCAA Championships in both Butterfly and Breaststroke and set the World Record in the 200 Breast in 1950, and Richard “Shorty” Thoman ’49, who broke World Records in the 3x100 Medley and 4x100 Free Relays as well as the 100 Backstroke. (Andover’s 1948 team is as if Caeleb Dressel had joined Ryan Murphy and Joseph Schooling as part of the Bolles teams of the early 2010s).

During spring break of 1948, and minus Mr. Thoman and breaststroker Alan Schwartz, Andover traveled to Amherst College and won the inaugural New England Preparatory school championship, with all 8 participants placing in the top 5 of their events. Outside the pool, Jim worked on Pot Pourri and was a member of the Camera Club and Band.

At Yale, Jim swam for Coach Kiphuth, probably the most important figure in the history of American swimming, and he captained Yale’s 1952 undefeated team. In 25+ pages of correspondence that Jim sent me, only once did he talk about his own accomplishments: “I was an NCAA All-American thanks to three faster Yale swimmers who towed me to a third place in the NCAA 4x100 Free Relay and to a first place in the AAU 4x100 Free Relay a week later.” The rest of his writing was about his teammates and their accomplishments in and out of the pool, and among his joys was the chance to call each of his 1948 teammates and tell them of their induction into the Hall of Honor. Jim seemed the quintessential captain.

After Yale, Jim spent two years in the U. S. Army before marrying Margaret Taylor in 1960 and settling in West Hartford, CT. In 1995, Jim retired from a career at the Dexter Corporation as an international sales manager. In retirement, he returned to “his boyhood love of fly fishing and spent many happy hours at Limestone Trout Club and on Connecticut’s rivers.”

Jim is survived by his wife, Margaret, and his son, David. 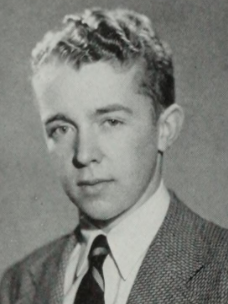 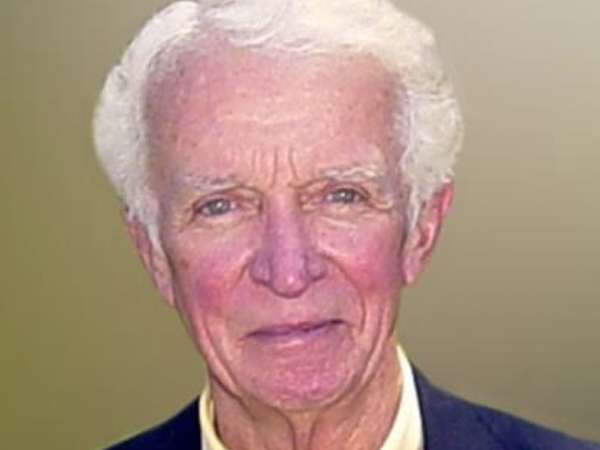