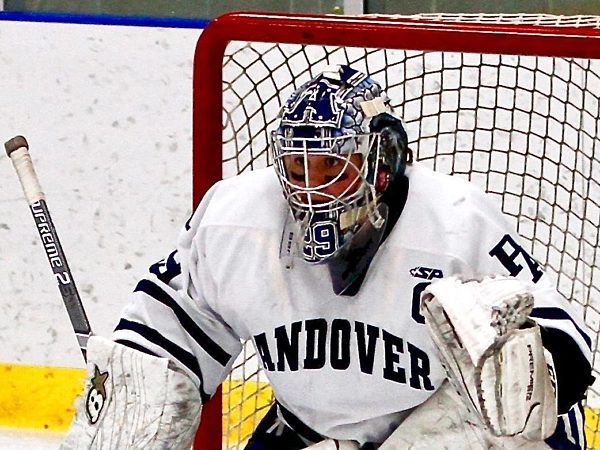 Girls’ Varsity Hockey earned the 6th seed in the NEPSAC Elite Eight Tournament and traveled to BB&N yesterday to take on the 3rd seeded Knights.

Andover's last trip to BB&N did not go so well, with the Big Blue losing the contest, 0-3. That game was on January 31st, and it was lost by a different team than the one that walked into that rink by the Charles River yesterday. Andover was on a four-game unbeaten streak that began with a 1-1 tie at Nobles. It was the first time that the undefeated Nobles side had even been tied this season. Andover carried with them from that game not only a strong sense of confidence that they could play with anyone, on any day but also acknowledge that they could get off the tournament bubble and squarely into the top-flight, Elite Eight Tournament. They went on to defeat Worcester Academy (4-0), Loomis Chaffee (3-2 in overtime), and Exeter (4-0) in consecutive games.

It didn't start smoothly yesterday though, as BB&N scored the first and only goal of the first period to take a 1-0 lead. After the first intermission, Andover answered, tying the game, 1-1 less than three minutes into the second period. Another Big Blue goal followed barely three minutes later and Andover clearly had the momentum.

In the third period, despite Andover having the bulk of the possession, BB&N still manufactured some scoring chances. Big Blue remained tough and composed on defense, consistently finding ways to repossess the puck. A third Andover tally came with only about nine minutes to play, increasing the lead to, 3-1. BB&N answered with just over two minutes remaining to close the gap to one goal again, but then pulled their goalie. Andover capitalized on the empty net almost immediately, and then again in the game's closing seconds to earn a 5-2 victory.

Andover will host Loomis Chaffee this Saturday at 3 p.m. in the Elite Eight Semifinals. The game will be live-streamed. 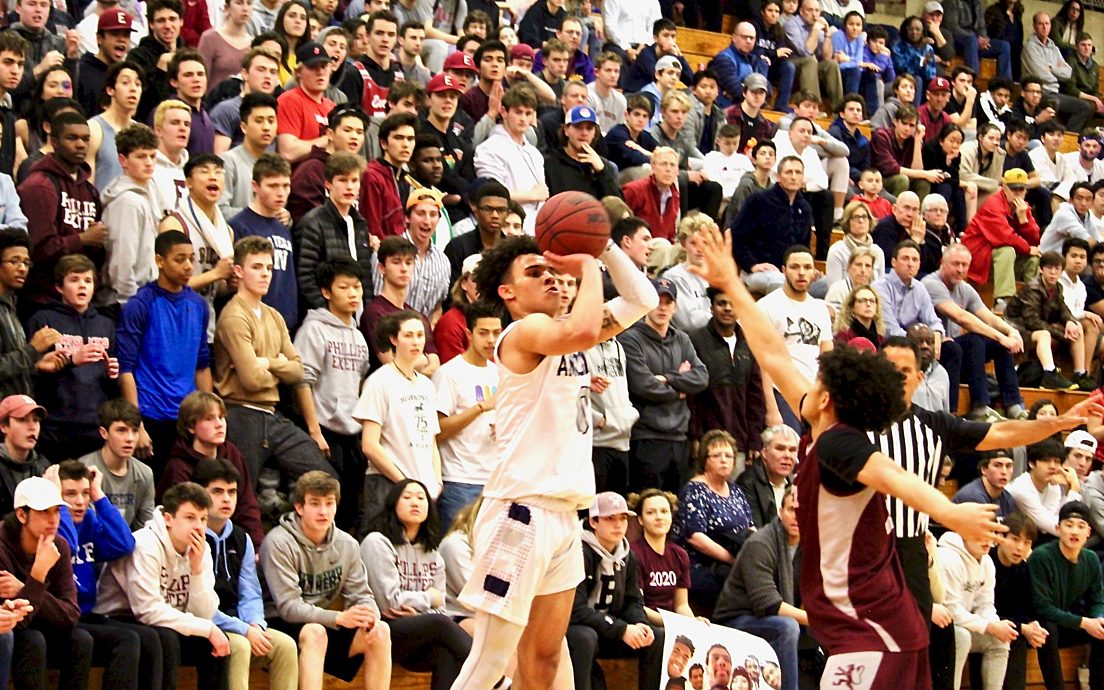 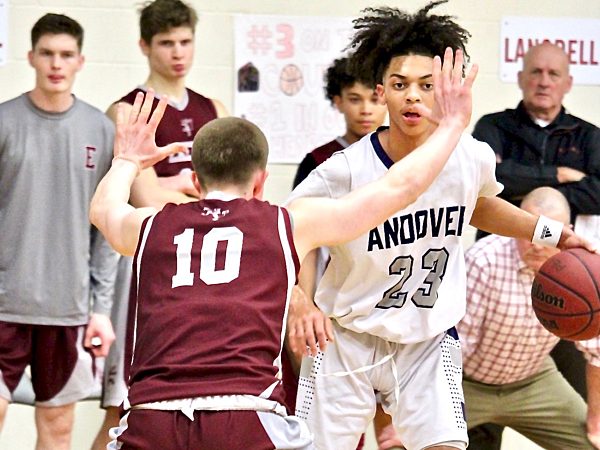 Boys’ Varsity Basketball was less than twenty-four hours removed from their last-second loss in overtime to Exeter when they found out the tournament committee had tabbed them the number six seed, pairing them with... Exeter. "Rematch!", echoed through Andover social media and calls for a fan bus followed. With memories of the Exeter buzzer-beater fresh in everyone's minds, it was off to Exeter for a big, blue contingent yesterday.

Of course, a large Exeter crowd was awaiting the Andover squad, but Big Blue had fans of their own in tow, and the team had left something behind at Borden Gym; the cold-shooting from Saturday’s game. Seemingly just minutes into the opening half all five of the Andover starters had already sunk three-pointers. The offensive success continued, and Andover was up, 40-22 at the half. The last three points of the half came courtesy of a Dallion Johnson ’20 three-pointer from the Andover fan section.

Things cooled down a bit for Andover in the second half. Exeter fought hard and even closed the gap to nine points at one point. Each time the Big Red seemed to be clawing back into it, Andover answered with on basket the offensive end and a defensive stop to match. A ten-point cushion remained until the final buzzer sounded, and Big Blue claimed a 73-63 win. With most of the Exeter crowd having already departed, the Andover players and fans were able to freely celebrate a payback rivalry win that came complete with a trip to the tournament semifinals.

Co-captain Matteo Welton ’20, playing in just his third game this season after recovering from an injury, looked as though he is returning to form. His fellow captain, Dallion Johnson ’20 had a special night, scoring twenty-seven points, adding to his total as Andover’s all-time leading scorer. The performance invoked memories of a younger Johnson on this same court, sinking three after three as a first-year student, fours years prior in an A-E Weekend win.

Andover will play second-seeded Hotchkiss on Saturday at 2 p.m. at Watkinson School in Hartford, CT.