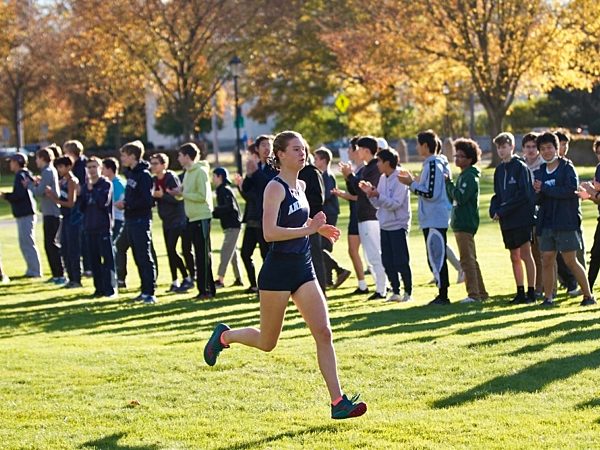 In the days leading up to the race, bad weather, including a nor'easter, had the hosts concerned about their course. Head coach, Keri Lambert shared the work that went into having things ready, "Although just the day before, heavy rains and winds had pelted campus, the course was in terrific shape by the time the Girls Varsity race began at 1:15pm. The Academy’s Grounds Crew spent the morning clearing away a downed tree and leveling out the deep ruts in the tough outer loop of the course, which runs through the Cochran Sanctuary on the P.A. campus."