Phillips Academy Field Hockey (PAFH) has advanced to the New England Class A championship game five of the last six years and won four titles in that time. In both 2021 and 2018, the team completed undefeated seasons with a combined record of 35-0-1. In the final Max Field Hockey High School rankings, PAFH was the #1 team in New England and 21st overall.

This year's success, however familiar to the program, felt particularly special after last season's forced hiatus due to the pandemic. 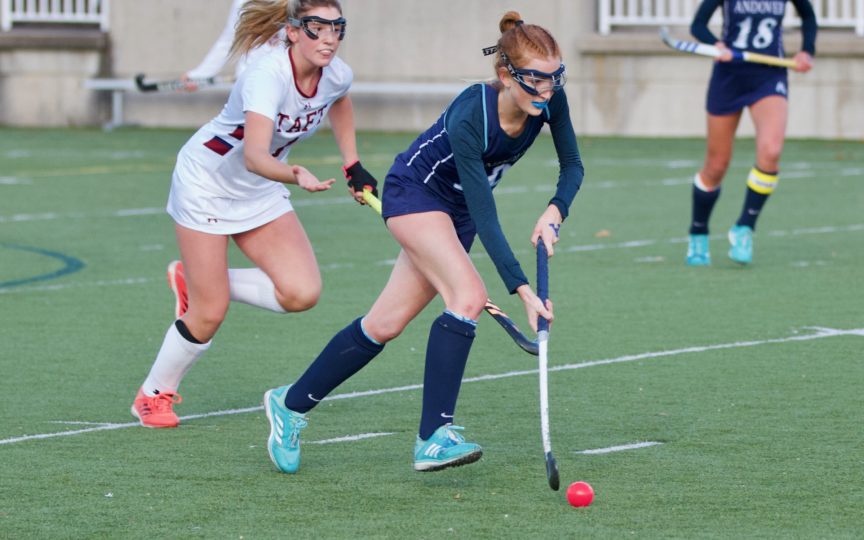 PAFH's road to the title began with #7 Taft visiting second-seeded Andover for a quarterfinals clash on Wednesday, November 17th. The home side scored just two and a half minutes into the game and added another to enter halftime up 2-0. Big Blue found the net again in the fourth quarter and did well withstanding the visitor’s offensive pressure, holding the talented Rhinos scoreless for a 3-0 win. 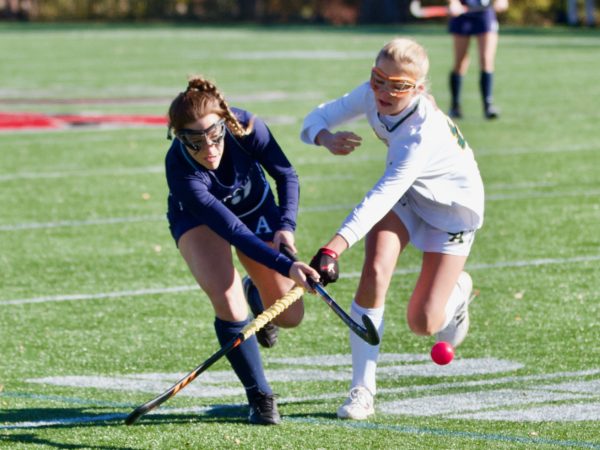 The semifinals were on Saturday, November 20th, and due to NEPSAC rules limiting tournament travel distance, Andover headed south to The Rivers School (Weston, MA) to play a familiar foe, #6 Greenwich Academy. The semifinal matchup was the fifth time in the last seven years that the two teams have met in the postseason. After a scoreless first half, Andover broke the deadlock six minutes into the third quarter only to see Greenwich answer six minutes later. The quarter ended tied, 1-1 but Andover opened the fourth with renewed intensity, scoring in just 75 seconds. Big Blue added another goal five minutes later, earning a 3-1 win and a spot in Sunday's championship. 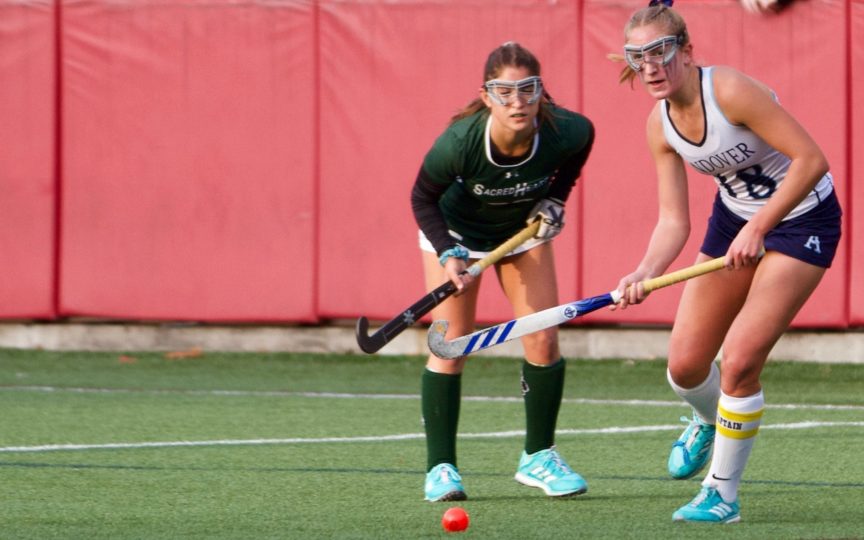 The Winsor School (Boston, MA) played host to this year's NEPSAC field hockey title games (Class A, B, and C) with Andover taking the field at 2:00 PM for the final of the day's three games.

#2 Andover faced #1 Sacred Heart Greenwich in the final. Sacred Heart was unbeaten in the regular season and their postseason path included a 4-1 quarterfinal win vs. NMH and a 4-2 semifinal victory over Hotchkiss.

Big Blue stepped off the bus in Boston looking upbeat, rested, and relaxed but ramped up their intensity and focus as game time approached. The combination of concentration, emotion, and energy paid immediate dividends. Head coach Kate Dolan recapped the scoring: "A goal by Georgia Adams in the opening ninety seconds set the tone for PAFH today and a second goal five minutes later by Meg Dunne proved to be the game-winner. A key play in-game occurred as time was winding down in the second quarter and Andover's defense had to stop several consecutive corners by CSH. On the last corner, Andover's defense was able to ignite a fast break which earned a stroke for PAFH. Gwyn Lapp converted the stroke and PAFH took a 3-0 lead into the half. CSH scored their goal in the opening minutes of the third quarter and applied more pressure to Andover's defense, who was up to the challenge. Andover's fourth goal came off another stroke in the fourth quarter by captain Ellie Harrison."