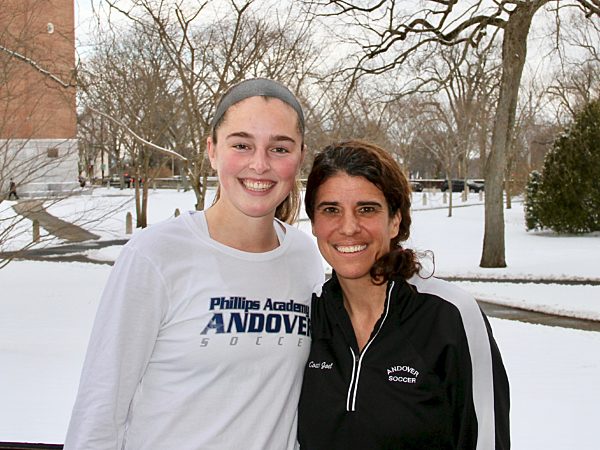 As students return from winter break, we'll take one last look back at what was another strong fall athletic season for the Big Blue.

Our cross-country programs continued their traditions of post-season success as both the boys and girls placed in the New England Prep Division 1 Championships. The boys team earned second place, anchored by Chris Ratcliffe ’20 (Carlisle, MA) and Alex Fleury ’20 (North Andover, MA), who both earned New England All-Star honors. The girls team finished third at the Division 1 Championships, marking the tenth time in the past eleven years that the team has placed in the top three in New England. Natalia Muromcew ’22 (Jackson, WY) also earned a place on the NEPSTA All-Star team.

Field Hockey, long recognized as one the top programs in New England, entered the season as defending New England Class A Champions, and were also champs in 2015, and 2016 (runners-up in 2017). The squad had another strong year, finishing the regular season with a record of 13-3, before losing in the tournament quarterfinals. Carly Kreytak ’20 (Lexington, MA) and Katie Wimmer ’21 (Windham, NH) were named All-League and Linda Bibeau ’20 (Danvers, MA) Honorable Mention All-League.

Boys Water Polo posted a 7-4 regular season mark. The team returned to the post-season (they were semi-finalists in 2018) but lost in the play-in game of the NEPSAC, "Liquid Four". Max Hunger ’20 (Beaconsfield, Quebec) and Sam Donchi ’20 (Portland, OR) were both selected for All-NEPSAC honors.

Girls Volleyball finished the regular season at 10-4. The team, as it has done for the last twenty years under Coach Clyfe Beckwith, earned a spot in the Class A New England Prep Tournament. Unfortunately, they lost in the quarterfinals, but for the second straight year were awarded NEPSAC's, "Team Sportsmanship Award". In congratulating the team on the award, Athletic Director, Lisa Joel said, "This honor is as great as any accolade Andover Athletics could achieve this fall". Individual honors were given to Chioma Ugwonali ’20 (Arlington, TX), All-NEPSAC, and Adaeze Izuegbunam ’20 (Belleville, MI), Honorable Mention All-NEPSAC.

Boys Soccer finished the regular season with a record of, 5-8-2. The team had several strong showings against NEPSAC tournament bound teams. One season highlight was a thrilling, 1-1 tie at Exeter, the result of which knocked Exeter from tournament contention. David Wang ‘20 was named NEPSAC and WNEPSSA All-Star, Connor Ding ’20 NEPSAC All-Star, and Daniel Cho ‘21 Junior Class NEPSAC All-Star.