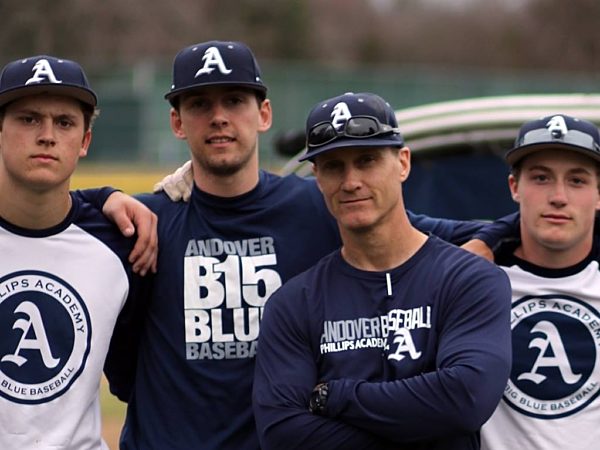 Kevin Graber, head coach of Andover Baseball and senior associate director of admission, was inducted into the Amsterdam Mohawks Baseball Hall of Fame in Amsterdam, N.Y. on Saturday. Graber was a three-time league All-Star for the Mohawks, who play in the Major League Baseball-sanctioned Perfect Game Collegiate Baseball League (PGCBL).

The PGCBL is a ten-team college summer league in upstate New York. Graber played for the Mohawks for three seasons in 1988, 1989 and 1990., leading the team to a league championship in 1988. In 1990, Graber batted .389 and finished fourth in the league in hitting before representing the Mohawks at the College Summer All-Star Game at Stade Olympique in Montreal, Canada.

The award marks Graber’s third hall of fame induction. Graber was inducted into the Schenectady, New York Baseball Club Hall of Fame shortly after his college playing career, and was also inducted into the College of Saint Rose Athletics Hall of Fame along with his 1990 team that advanced to the NAIA World Series.