(Omaha, NE) – At the U.S. Olympic Swimming Trials, former Andover swimmer, Andrew Wilson ’12, placed second in both the 100 and 200 Breaststroke. By doing so, Andrew was named to the team that will compete in this summer’s Tokyo Olympics.

In his first race at the Trials, Andrew swam the prelims of the 100 Breaststroke in a personal best time: 58.80. In the semifinals, he swam 59.08 and entered the finals as the third seed.

To qualify for the Olympic team, one has to place first or second in the finals. Performances in the prelims and semifinals are irrelevant. For the final, Andrew swam next to Michael Andrew, who had broken the American Record during both the prelims and the semifinals and entered the final with a 58.14.

In the final, Michael Andrew was first at the 50 mark in 26.90 with Wilson in fourth in 27.69. Throughout the second 50, Wilson charged back with the fastest split in the field, passing two swimmers and just being out touched by Michael Andrew 58.73 to 58.74. .01 is the closest margin in swimming. In the biggest race of his life, Wilson again achieved his personal best time.

Two days later, Andrew returned to the pool and cruised to a 2:11.15 in the prelims of the 200 Breaststroke and placed eighth. In the semifinal, he swam 2:09.48 and was fifth going into the final. In the final, he was second at the halfway point and ended in 2:08.32.

As an Olympic swimmer, Andrew joins two other alums of the Andover Boys’ Swimming & Diving Team: Tim Wynter ’14, who represented Jamaica at the 2016 Games in Rio de Janeiro, and Jim McLane ’49, who won gold medals while representing the United States at the 1948 Games in London and the 1952 Games in Helsinki. 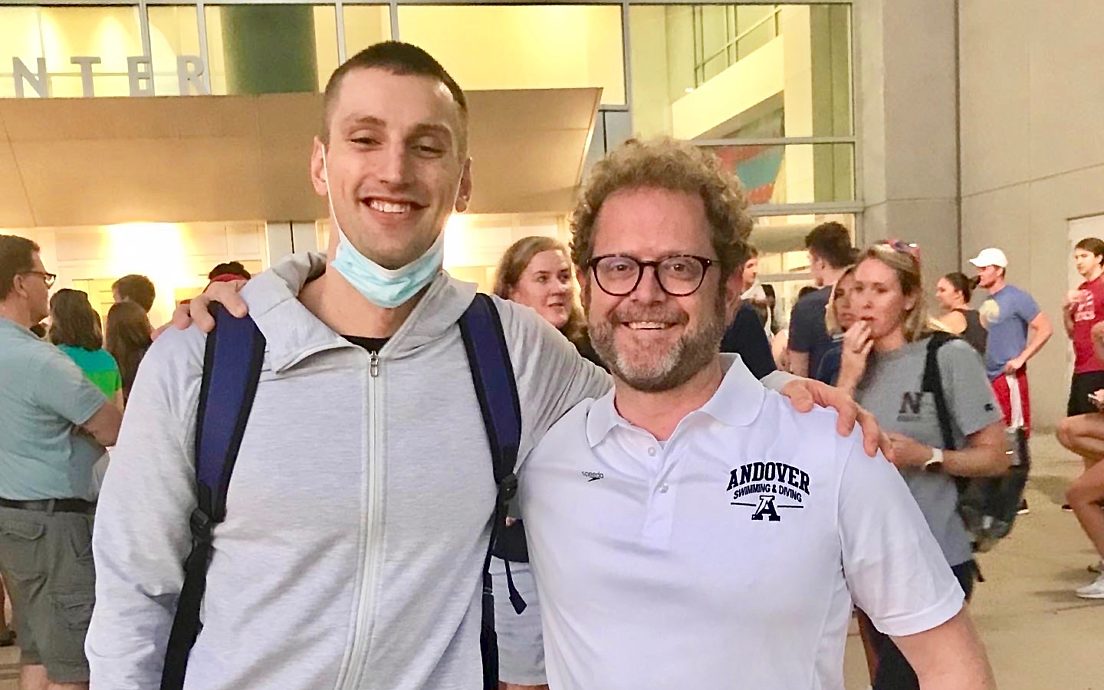 Andrew Wilson '12 and Coach Fox at the US Olympic Trials