The Andover Athletics Hall of Honor recognizes and honors alumni, teams, and coaches from Phillips and Abbot academies who displayed exceptional athletic ability on the field and who continue to lead a life that embodies the values of the academies.

The current plaque sits in Borden Gym between the Athletics Administrative offices and the Roseneau Fitness Center. Preliminary plans have the Hall of Honor moving into the new Pan Athletic Center. 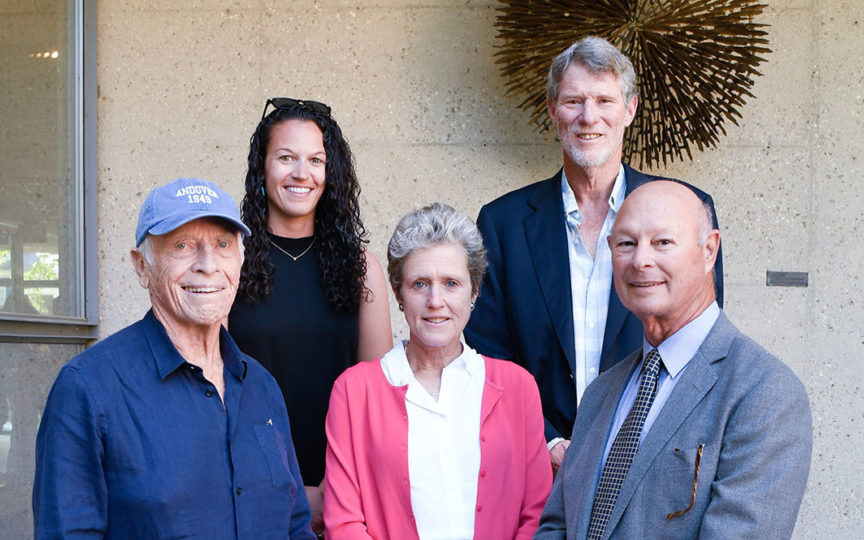 Nominations for 2020 are open.

The Athletics Committee of the Phillips Academy Alumni Council is accepting nominations for the 2020 induction year of the Hall of Honor until September 1, 2019. The Hall recognizes alumni, teams, and coaches from Phillips and Abbot academies that displayed exceptional athletic ability on the field and who continue to lead lives that embody the values of the academies. "It would be difficult to overstate the importance of athletics in shaping the character of young men and women as they pass through our halls and go on to lead lives of significance and achievement. The Hall of Honor seeks to permanently acknowledge those among us whose accomplishments in athletics have been uniquely notable," says Doug D'Agata ’88, former cochair of the committee. Cochairs Minor Myers '96 and Susan Jenkins Warren ’79, P’18, ’22 manage the nomination and evaluation process of inductees.

Nominations are solicited annually, with eventual inductees recognized during Reunion Weekend each year. In addition to the Athletics Committee, the selection process includes members of the Athletics Department and the Office of Alumni Engagement. A permanent plaque featuring the name of each inductee is displayed in the Borden Gym.